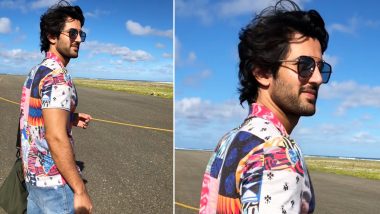 Actor Aditya Seal recently got a chance to work with director Priyadarshan, and says that it was his wish to work with the veteran filmmaker for a long time. Aditya features in the story titled "Anamika" in the film "Forbidden Love", which is directed by Priyadarshan. Aditya Seal on Nepotism: Some Brainless Person Glamourised the Word

"He has been one director who has been on my checklist forever and finally I had a chance to work with him. Let me tell you it was beyond what I had expected my experience to be," Aditya, who has featured in films like "Student Of The Year 2" and "Tum Bin 2", told IANS. Kiara Advani Wraps Up ‘Indoo Ki Jawani’, Celebrates with Aditya Seal and the Entire Team (Watch Video)

(The above story first appeared on LatestLY on Sep 17, 2020 12:06 PM IST. For more news and updates on politics, world, sports, entertainment and lifestyle, log on to our website latestly.com).