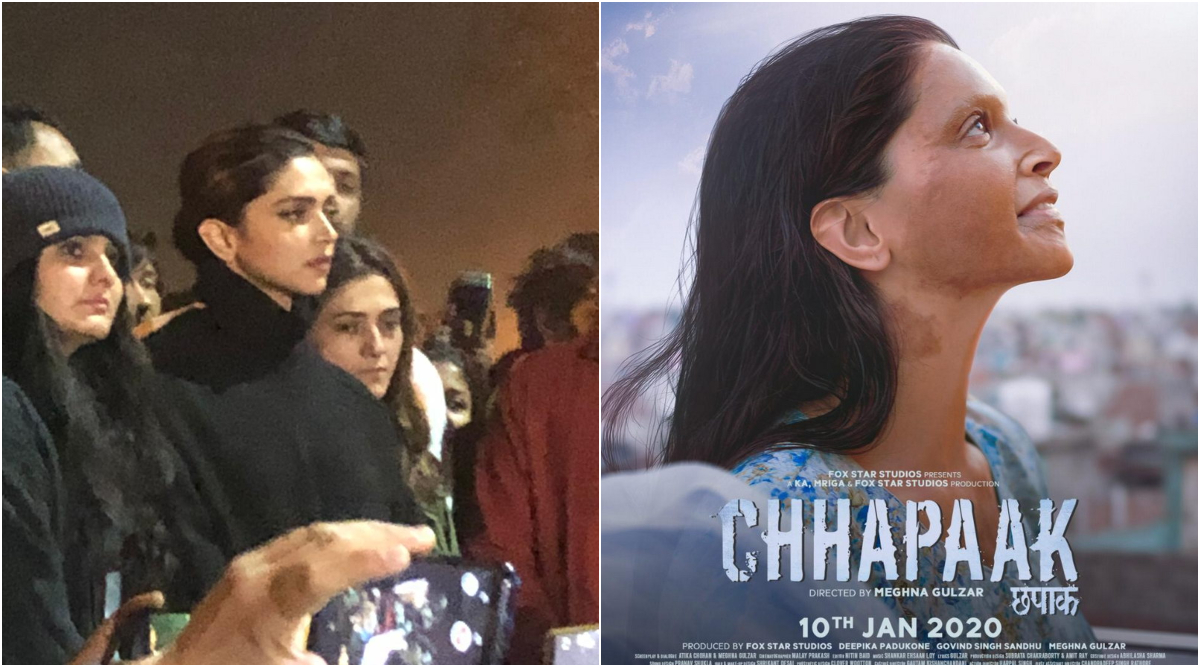 A day after Bollywood celebrities such as Anurag Kashyap, Vishal Bharadwaj and more attended a protest in Mumbai, Chhapaak actress Deepika Padukone made an even bigger statement by visiting JNU on January 7. The actress expressed her solidarity with the students and was seen alongside JNSU President Aishe Ghosh and former JNU student Kanhaiya Kumar at JNU. As soon as the pictures and videos of Deepika Padukone's JNU visit surfaced online, the actress' stand was lauded by film fraternity folks such as Anurag Kashyap and Swara Bhasker. Although after a BJP leader tweeted asking people to boycott her films alleging that she's in support of the 'Tukde Tukde Gang', in no time, Twitterati got #BoycottChhapaak trending. Deepika Padukone's JNU Visit: BJP Leader Tajinder Singh Bagga Calls For Boycott of Chhapaak Actress' Films for Allegedly Supporting 'Tukde Tukde Gang'.

Netizens have been divided over CAA and those in support for it are now criticising Deepika Padukone's move of meeting the JNU students, two days after the recent attack on students and teachers at the university. Deepika was in Delhi for the promotion of her upcoming release and many are also calling her visiting JNU a 'promotional activity' for the film. 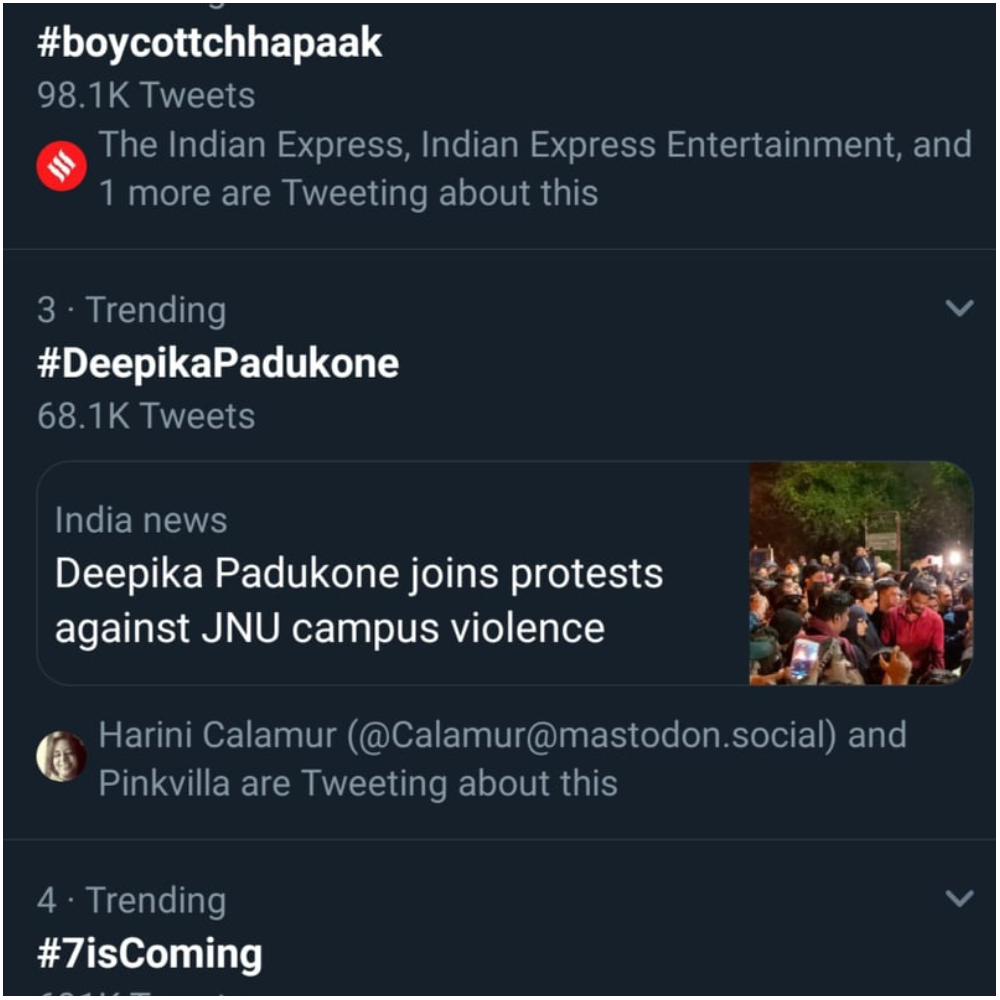 Chhapaak stars Deepika in the role of an acid attack survivor and is based on the life of real-life personality, Laxmi Agarwal. The film also stars Vikrant Massey in lead and has been directed by Meghna Gulzar. The film is all set to release on January 10 which is the same date as Ajay Devgn's Tanhaji: The Unsun Warrior's release. Although, after Deepika's JNU visit, several netizens are saying that they would rather watch Ajay's 'patriotic' film rather than supporting Deepika Padukone. #BoycottChhapaak has now become a top trend on Twitter. Deepika Padukone Visits JNU to Express Solidarity With the Students, Stands Beside Injured JNUSU President Aishe Ghosh and Former Student Leader Kanhaiya Kumar (View Pics).

The film is Deepika Padukone's maiden production. Filmmaker Anurag Kashyap lauded the actress for standing up for the JNU students, knowing the consequences. He also tweeted saying, "First day Every show .. let’s get to @bookmyshow and show #WeStandWithDeepika."