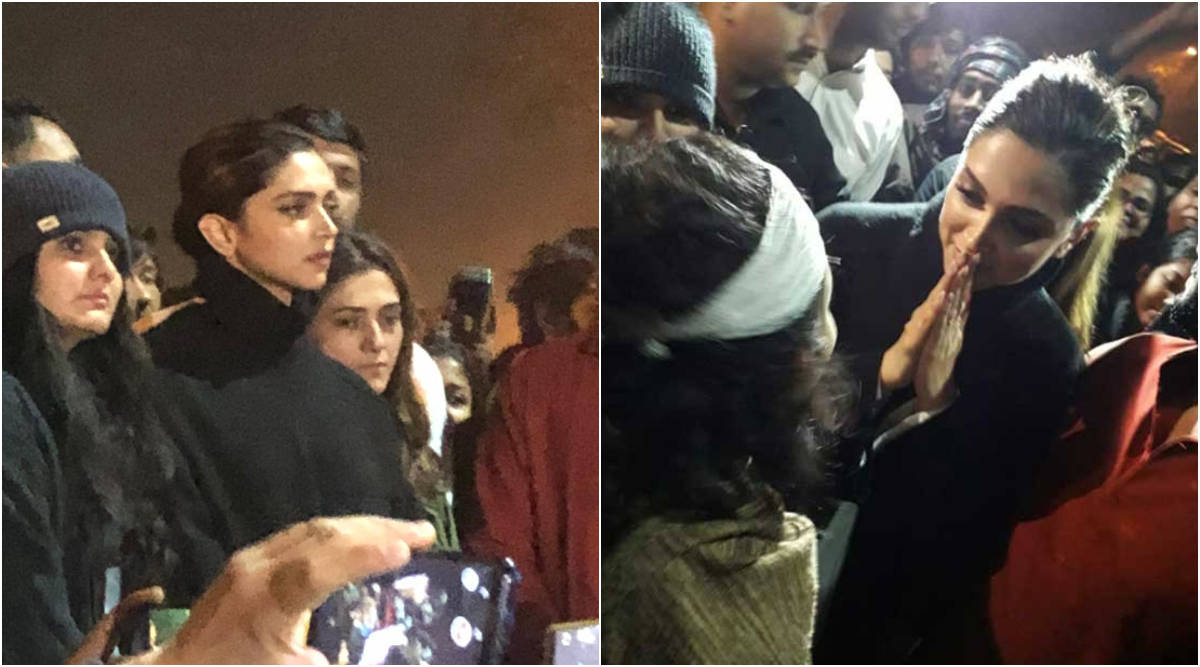 Deepika Padukone may not have said much on social media when it comes to the Anti-CAA protests but she made a strong statement on Tuesday, January 7 after she visited JNU to show her solidarity with the students who were recently attacked at the university hostel. The actress was in Delhi for the promotions of her upcoming film Chhapaak since the past two days and on Tuesday visited the JNU protests.  While this move of the actress is being lauded on social media by many including actress Swara Bhasker, a BJP leader has now asked people to boycott her films stating that she's in support of the "Tukde Tukde gang". BJP leader Tajinder Pal Singh Bagga who is the spokesperson for Delhi Unit of the Bharatiya Janata Party took to Twitter to react to Deepika's JNU visit. Deepika Padukone Visits JNU to Express Solidarity With the Students, Stands Beside Injured JNUSU President Aishe Ghosh and Former Student Leader Kanhaiya Kumar (View Pics).

Bagga shared a picture of Deepika Padukone standing alongside injured JNUSU President Aishe Ghosh and former JNU student Kanhaiya Kumar and wrote along with it, "RT if you will Boycott Movies of @deepikapadukone for her Support to #TukdeTukdeGang and Afzal Gang." This is not the first time he has taken a potshot at Bollywood celebrities in support of the Anti-CAA protests. Earlier, Bagga Bagga challenged Konkona Sen Sharma on Twitter for her allegations that the anti-CAA protest video shared by Bagga on Twitter is doctored.

RT if you will Boycott Movies of @deepikapadukone for her Support to #TukdeTukdeGang and Afzal Gang pic.twitter.com/LN5rpwjDmT

After pictures and videos of Deepika Padukone at JNU surfaced online, several netizens lauded the actress for this move and called her an actress with a "spine". On Monday, several Bollywood personalities came together in Mumbai for a protest against JNU violence. Recently, reacting to these nationwide protests, Deepika also spoke to a news portal that she was happy that people aren' scared to express themselves anymore.