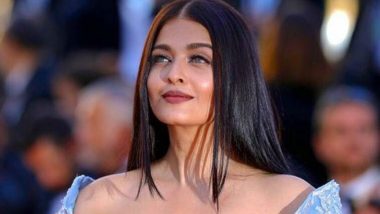 While everyone in Bollywood is trying their best to make sexual harassers pay the price by bringing up their names in the wake of the #MeToo campaign, Aishwarya Rai Bachchan, on the contrary, has decided to keep mum. It so happened that an an event recently Aishwarya was asked to comment on the #MeToo campaign since a lot of names from Bollywood have come up. This includes a strew of celebs like Sajid Khan, Nana Patekar, Luv Ranjan, Anu Malik, Kailash Kher, Abhijeet Bhattacharya, Alok Nath and many more.

Anu Malik Asked to Step Down As Indian Idol 10 Judge; Former Assistant Producer Says Channel Already Knew About His Abuse of Power but Did Nothing.

At the fundraising event where Aishwarya was raising awareness about breast cancer, when asked about sexual harassment and #MeToo movement she walked away simply ignoring the question, reports TOI. That's kinda strange considering that Ash had recently spoken in favour of the #MeToo movement and how glad she was that this is finally happening. "When it comes to helping women find their voice, find the strength, feel confident about sharing their stories, it's not about the current time. This has been going on since a lot of time and I am glad it has found a certain momentum today." she even stated that she does vouch for the movement. She said, "I have always spoken out, I spoke in the past, I am speaking now, and I will continue to speak," she had said. #MeToo in Bollywood: Aishwarya Rai Bachchan Wants The Campaign To Gain Momentum-Deets Inside.

Earlier she had also added saying, "The #MeToo movement has been the need of the hour since time immemorial and I hope together we keep the momentum going. At the same time, if a case gets sub judice, we have to respect the law of the land."

So why the silence now Aishwarya?

(The above story first appeared on LatestLY on Oct 21, 2018 12:05 PM IST. For more news and updates on politics, world, sports, entertainment and lifestyle, log on to our website latestly.com).