Anu Malik Asked to Step Down As Indian Idol 10 Judge; Former Assistant Producer Says Channel Already Knew About His Abuse of Power but Did Nothing 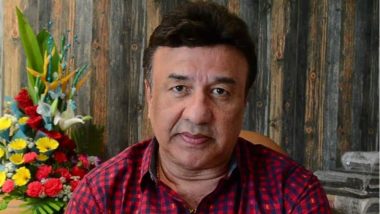 Anu Malik has been asked to step down as one of the judges on Indian Idol 10 since more women are coming out to accuse him of sexual harassment. Now, a 30- year- old woman, Danica D'Souza, who has worked as an assistant producer on Indian Idol season 5 has revealed that the higher authorities were well aware of Anu Malik's behaviour. #MeToo Allegations Against Anu Malik Refuse to Stop; 2 More Women Share SHOCKING Details of The Singer's Sexual Misconduct.

In an interview to mid-day, she revealed saying, "They [women on the team] sympathised but quickly swept the incidents under the rug. In closed circles, we'd talk about Anu being a tharki. When this colleague reported the incident to seniors in the production house, some of the women, they turned a blind eye. They knew he abused power but nothing came of it. In fact, they told us all to take precaution by not meeting him alone. He was often extra-friendly on set with women crew members, casually putting his hand around them, or pulling them towards him." When Alisha Chinai Filed a Sexual Harassment Case Against Anu Malik and Got a Restraining Order.

Danica too had an unpleasant experience with Malik at his residence when she went there for costume fitting session once. She informed that she went there with a male staffer. Recalling that she said, "His wife and daughter were present, too. While he didn't try to act smart that day, he would often refer to me as 'darling', 'baby' and 'sweety', which I was uncomfortable with."

"They (Sony TV) are well aware of his behaviour with women. I don't know why they are still quiet," said Danica.

(The above story first appeared on LatestLY on Oct 21, 2018 08:51 AM IST. For more news and updates on politics, world, sports, entertainment and lifestyle, log on to our website latestly.com).