Anushka Sharma Birthday: From NH 10 to Band Baaja Baaraat, 7 Best Movies of the Actress and Where to Watch Them Online

Anushka Sharma turns 32 today. The actress has featured in some of the coolest films of our time. She made her debut with Yash Raj Films' Rab Ne Bana Di Jodi, opposite Shah Rukh Khan. The movie was directed by Aditya Chopra. 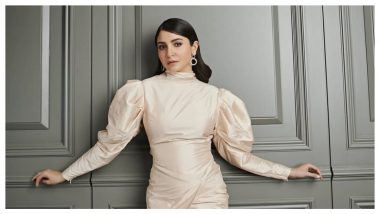 Anushka Sharma turns 32 today. The actress has featured in some of the coolest films of our time. She made her debut with Yash Raj Films' Rab Ne Bana Di Jodi, opposite Shah Rukh Khan. The movie was directed by Aditya Chopra. An actor could not have asked for a better debut. In an interaction with Karan Johar on Koffee with Karan, she had revealed that Aditya said that he picked her because she was not desperate to become an actor. Aditya also told her that she did not look extraordinary, so she'll have to make it up with her good looks. And look at her now, she is one of the most successful actresses of our time. Anushka Sharma and Virat Kohli Ask Fans to 'Stay Home, Stay Healthy' By Urging Them to 'Self Isolate' Amid COVID-19 Outbreak (Watch Video).

Anushka is currently keeping away from movies for some time. In an interview with Vogue, she has said, "The past few years of my life I have been working so much. Now I have to take out time for what is important to me. Spending time with my husband is important. Unfortunately, we’re hardly in the same place at the same time, so in the time that I have off, I want to prioritise spending time with him and my family." Today, to celebrate her birthday, we are going to talk about our favourite films featuring her.

Pari is one of the best horror films to have come out of India. The movie was not your traditional and conventional horror movie. Neither did it follow the tropes of a scary film. The writing of the film was strong. It was more in a horror fantasy genre. Anushka also produced the film.

The actress also produced this film. The movie took some inspiration from the Hollywood film, Eden Lake. But it was quite an impressive and unique adaptation. Anushka plays a woman who witnesses an honour killing with her husband and ends up being hunted. Set over one night, the movie will send chills down your spine.

Ok, hear us out. The movie might not have received a good response at the box office. And you might have heard that it is not worth your time. Well, you have heard wrong. The movie is pretty entertaining, especially the part set in the pre-Independence era. Anushka plays a ghost from the 20th century who accidentally gets married to a human in the 21st century.

Anushka featured opposite Varun Dhawan in this film about making in India. This emotional drama will give you a push to dream bigger.

Anushka made her debut with this film opposite Shah Rukh Khan. Now, the plot of the film is a tad bit unbelievable. But, c'mon, as if watching Bollywood actors send goons flying across the room with one kick is any believable either. With the suspension of disbelief, this movie about dance and romance is extremely entertaining.

Prolly, the best movie in Anushka's filmography. She starred opposite a newbie Ranveer Singh in this romantic comedy about two wedding planners who are lovers turned foes.

The one movie Anushka worked her hardest. The actress starred opposite Salman Khan in this movie about wrestling. She played the role of a wrestler who gives up her dreams for her family.

Anushka is on a break after her film, Zero, with Shah Rukh Khan, that came out in 2018. Well, SRK himself has taken a break after this one. But the actress has been busy producing projects. The first web-series backed by her, Paatal Lok, will drop on Amazon Prime on May 15. After that, her production, Bulbul, a fantasy film featuring Avinash Tiwary and Tripti Dimri, will stream on Netflix. She is also producing a web-series, Mai, for Netflix. We would love to see her on the big screen again.

(The above story first appeared on LatestLY on May 01, 2020 02:49 AM IST. For more news and updates on politics, world, sports, entertainment and lifestyle, log on to our website latestly.com).