Did Salman Khan 'Kiss' Disha Patani in Radhe? How the Actor Did 'Lip-Locks' Without Breaking His No-Kissing Clause! (LatestLY Exclusive)

Salman Khan's (kinda) lip-lock scene with Disha Patani from Radhe's trailer is all over the internet. And so, let's take a look at times when the actor kissed his co-star on screen without breaking his no-kissing -clause. Smart chap. 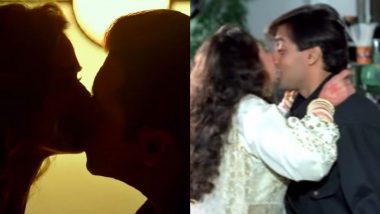 Salman Khan made his fans happy by dropping Radhe's trailer on April 22. Helmed by Prabhu Deva, the actioner's trailer received a thunderous response online. Netizens went crazy behind Bhai's SWAG. However, it was the superstar's kissing scene with Disha Patani in the trailer, which instantly became the talk of the town. While a section of peeps claimed that Sallu broke his no-kissing clause, there were also a few who felt that it's a cheat kiss, as Disha's lips are taped. Radhe Trailer: Did Salman Khan Lock Lips With Disha Patani? Fans Are Celebrating Bhai Breaking His 'No Kissing' Clause!

Well, we don't know who's right or wrong in the debate, but if you are a true blue moviegoer, you'll know that Salman, in past has also performed 'cheat kisses' in his movies. So, the scoop is that those kisses look like actual ones, but sorry to disappoint they're not. As we all know, Salman 'ne ek baar commitment kar liya, toh vo apney ap ki bhi nai sunta.' Here, check out these old is gold films where Salman went kinda muah... but not in a real sense. Radhe Trailer: 5 Seeti-Maar Dialogues of Salman Khan From the Actioner That Are Massy AF!

In this movie, during a song, Karisma Kapoor approaches Salman and gives him a peck after the actor teases her over ice cream. Definitely, not many are aware of this cheat kiss. And without breaking his no-kiss policy, Salman perfected a playful lip-lock. Here's proof. 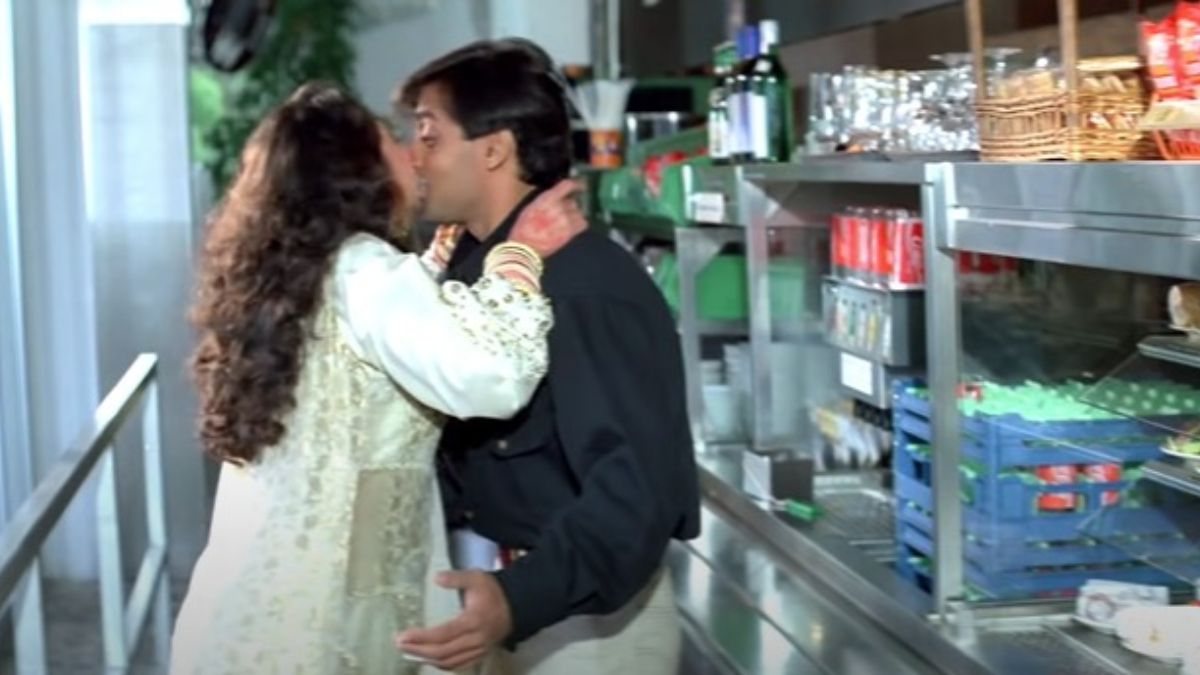 We at LatestLY always try to give you scoop that's not everywhere. And so this scene from the movie Khamoshi also sees Salman kissing Manish Koirala who is in coma and admitted to a hospital. Well, you know what we are trying to convey. 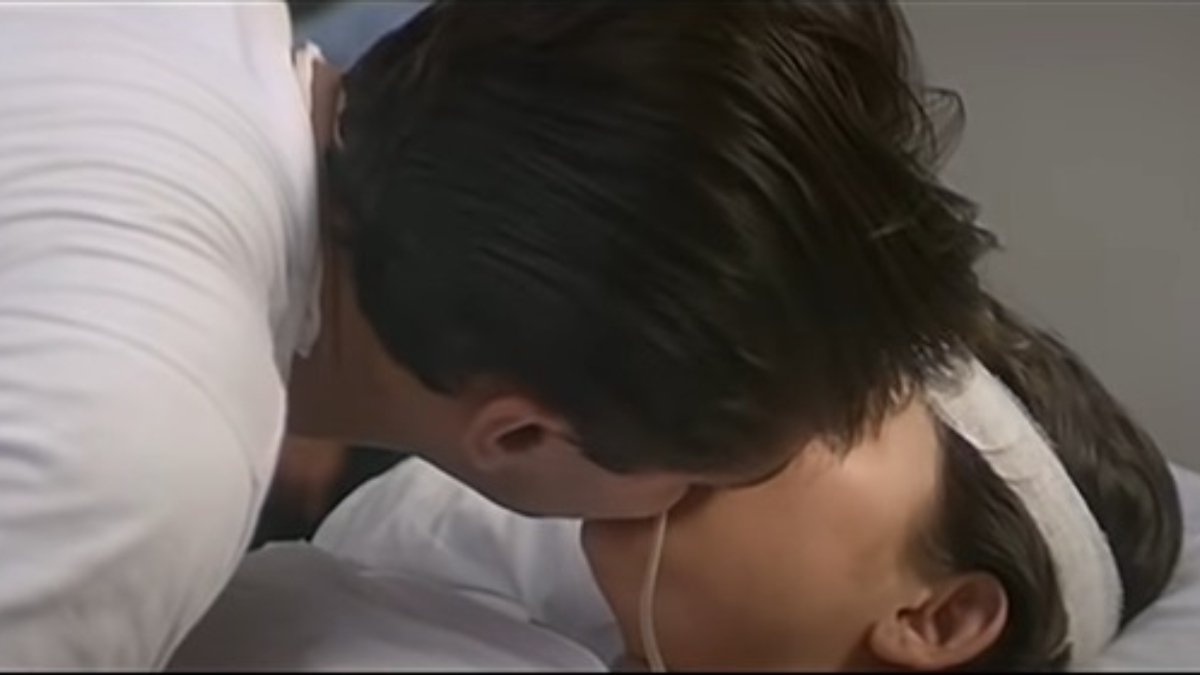 Going by the two scenes from the above 90s movie, we can surely term Salman Khan as a cheat kisser. As he is smart by adhering to his no lip-lock policy and still managing to kiss his co-star. Well, now it'll be interesting to see Salman doing the cheat kiss in Radhe too. Stay tuned!

(The above story first appeared on LatestLY on Apr 23, 2021 06:33 PM IST. For more news and updates on politics, world, sports, entertainment and lifestyle, log on to our website latestly.com).