Kangana Ranaut Vs Krish: 5 Shocking Revelations Made by Manikarnika Director Against the Lead Actress! 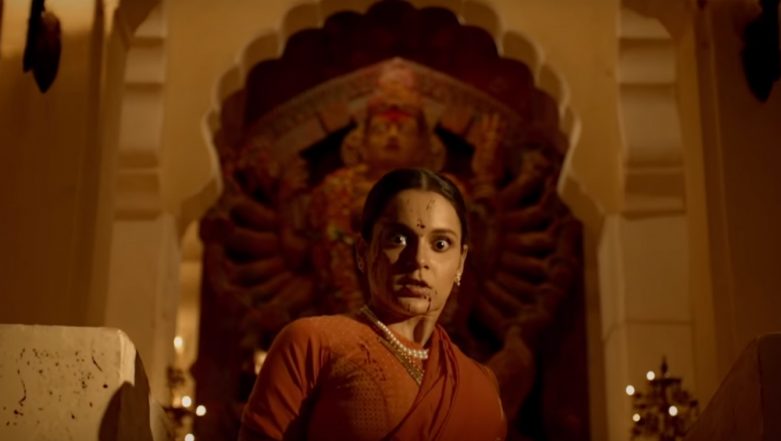 Kangana Ranaut starrer Manikarnika: The Queen of Jhansi has been one of the much awaited films of 2019. The makers chose the perfect slot to schedule the film release that is based on Rani Laxmibai. The reviews came out and the response was moderate. However, the real struggle is about what exactly happened with the 'director' controversy during the shoot. Was the film directed by Kangana or Krish? Why did Sonu Sood leave the film? Here are 5 shocking revelations made by the filmmaker in an interview with spotboye.com. 'Look At Her Guts!', Manikarnika Director Krish Unleashes his Fury on Kangana Ranaut - Read Explosive Interview.

So, how much has Kangana exactly handled the film as a director?

To this the filmmaker answers, "But I think Kangana has done 20-25 per cent of the first half. I didn't shoot a song and I didn't shoot her entry scene (where she fells a tiger's attack). 10-15 per cent in secon half. In the second half, she has even re-shot some scenes which I had done in a different way."

Krish also reveals about how his name was changed in the credits.

He says, "The first poster which bore the date, had my name. Then came the teaser, which had my name but not as Krish which I am known as in the industry including in the credit titles of my previous films. I was given a new name- Radha Krishna Jagarlamudi - which I never use."

Now, coming to the most awaited question, what was the scene with Sonu Sood ouster?

You will be surprised to know that the filmmaker took Sonu's side. He even stated that she cut down his screen time from 100 minutes to 60 minutes. She also insisted on ending the character at the interval despite that being against the history. Read Full Statement Here.

The director said that she was rude over the phone. She also claimed that he has a 'anger management issues' and even shouted at him. He also mentioned that his name is distorted in a different slide. Kangana Ranaut Is Rude: Manikarnika Director Krish Makes SHOCKING Revelations About the Actress.

On tampering the history,

Krish mentioned that Kangana said, "So what? Let's just do what's good for the film."

Well, the can of worms has been opened and now we only wait for the lead actress to speak. While all these days, the director was quiet on the whole issue, he has given these startling statements against Kangana just a day after the release. Will it hamper the business or is it going to add one more name in the list of rivals of the curly haired actress, is to be seen!