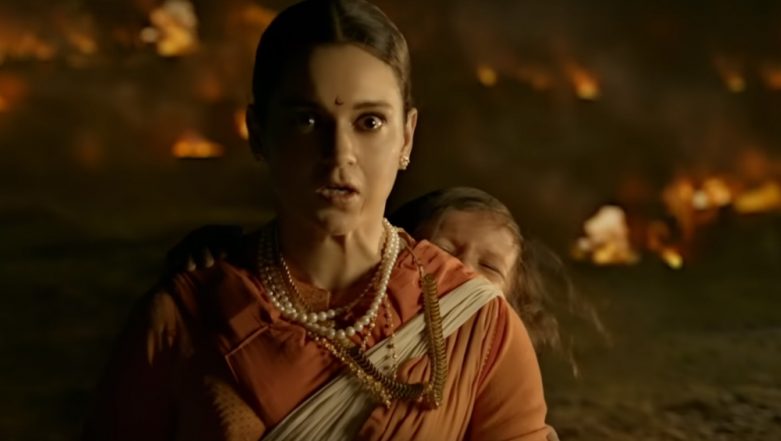 Kangana Ranaut's latest film Manikarnika: The Queen of Jhansi has been in the news for all the wrong reasons. The film's director Krish aka director Radha Krishna Jagarlamudi, who was mum all this while, has finally opened up about his fight with Kangy and how she interfered in the film's making back then. you guys might remember that Krish walked out of the film a year ago and Kangana took over the director's seat. She also took credit for directing the film, which Krish has now said was 95 percent of his contribution and 5 percent Kangana's. In an interview with IANS, Krish also revealed how she felt insecure of Sonu Sood's screen presence and that's why "decided" to replace him. Kangana Ranaut Vs Krish: 5 Shocking Revelations Made by Manikarnika Director Against the Lead Actress.

Kangana decided to re-shoot Sonu's entire portion. He had shot for 30 days! So you can imagine what she wanted to remove. I remember when she saw the first cut the first thing she said even before praising the film was, ‘Sonu Sood is too overpowering na?' Because as an antagonist Sonu Sood was very strong. That's how we had designed the film. For the protagonist to appear powerful, the antagonist has to be strong.

He also revealed that she changed his name from Krish to Jagarlamudi on the movie's posters because he didn't support her when her feud with Sonu happened.

"I asked why my name was being changed in the poster. She said I hadn't supported her when Sonu Sood spoke against her so why should she bother. Why should I have supported her, when I knew Sonu was right and he took a stand and said he won't shoot the film with her."

Speaking further on the same, he said, "In Telugu cinema they know me as Krish. Then in the trailer, her name came as director after mine. And then at the time of the film's release her name came first as director, then mine. When I rang her up to confront her, she said, ‘No, I've shot so much'. What she did basically was remove Sonu Sood's role, reduce it substantially and replace him with another actor Mohammad Zeeshan Ayyub, and then she shot the new actor's close-ups and inserted them in scenes that I had shot. I am telling you 70 per cent of what you see on screen is mine. Please understand, this is my fourth period film. And I was given to do Manikarnika because of what I had achieved in the other three period films. It was (the scriptwriter) Vijayendra Prasadji who called me to direct this film. He had seen my work and knew what I was capable of." Kangana Ranaut Is Rude: Manikarnika Director Krish Makes SHOCKING Revelations About the Actress.

In fact I am the one who suggested the title 'Manikarnika'. I read close to twenty books on Rani Laxmibai before directing this film. I worked closely with Vijayendraji. We began shooting at Annapurna Studios in Hyderabad after the puja. I was the director. Then Kangana Ranaut... inki himmat toh dekho (look at her guts). When people ask me why I left the film, I get very upset. I didn't leave. I shot 95 per cent of the film.She did her own thing with 5 per cent of the film. She did her own thing with Sonu Sood's role just to satisfy her ego.

Krish unleashed his fury after the film hit the movie screens last Friday. The box office numbers are collectively poor and the film isn't performing too well. From where he is coming from, Krish isn't wrong but we'd sure want to know Kangana's side of story. Meanwhile, tell us what you think of this controversy? Will Kangana strike back? Comment below and tell us.