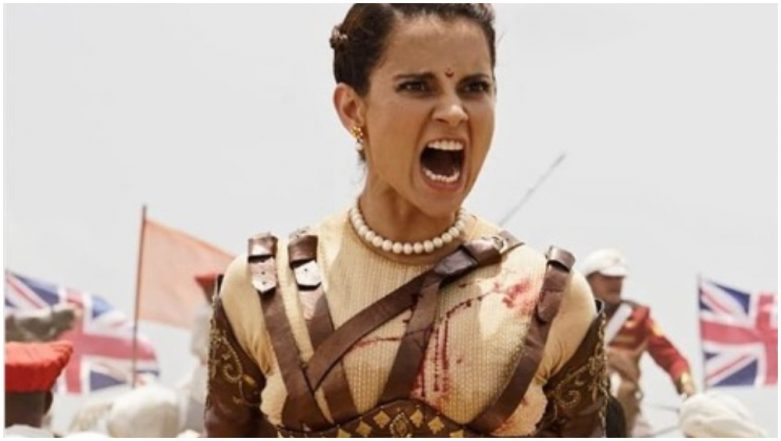 Kangana Ranaut in still from Manikarnika: The Queen of Jhansi. (Photo Credit: Instagram)

Kangana Ranaut's Manikarnika: The Queen of Jhansi has hit the screens finally. The film received a moderate response with a positive response to Kangana's performance. However, after so much discussion over who is the director of the film, the director Krish opened up about the whole controversy. The filmmaker has spoken at length about what exactly went wrong and what was going on between him and Kangy as 'directors' of the same film. And he made some shocking revelations including that Kangana was rude! Manikarnika: 5 Fixes That Could Have Made Kangana Ranaut’s Historical Drama a Masterpiece!.

In an interview with spotboye.com, when asked whether the actress was rude to him over the phone, he said, "Very rude. She is rude all the time." Elaborating further he told the entertainment portal, "And yeah, I felt very bad when I read in the papers Kangana saying that 'Sonu couldn't take orders from a female director'. That was annoying and bad. It never happened. What she said was untrue. I don't blame Sonu for quitting. His run time was 100 minutes and it was being chopped to 60 minutes. Who will agree? Nobody would."

Not just this, but the Queen actress also said that Krish had "anger management issues".  He said, "When I spoke to them about the distortion of my name in the teaser, Kangana told me 'You didn't support me in the Sonu Sood episode. Aapko abhi zaroorat hai toh aaye ho'." She told me I have anger management issues (laughs), but it was she who was shouting at me, " the filmmaker added.

Adding that the film indeed looks "brilliant" on screen, he seems angry with the Bollywood diva for her "tantrums" and having everything done her way. He also mentioned that she tried to tamper history for film's "good." We wonder how Kangana retaliates now!