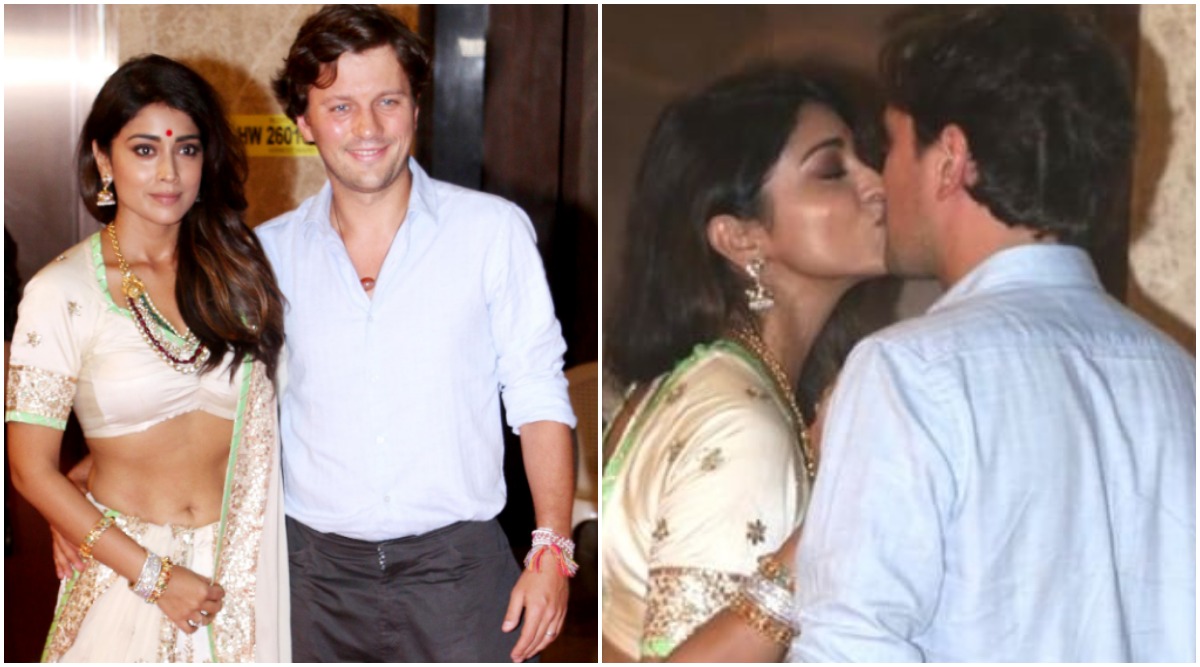 Shriya Saran and Andrei Koscheev are one adorable couple of B-town. From sharing lovey-dovey pictures on Instagram to not being shy and getting mushy publicly, love is in the air for Shriya and her hubby Andrei. The two were recently spotted at producer Ramesh Taurani’s Diwali party. The grand bash was attended by some of the leading celebs of Bollywood such as Salman Khan, Sonakshi Sinha, Soha Ali Khan, Diana Penty, Bipasha Basu – Karan Singh Grover, Dia Mirza, and many others. Just like other stars even Shriya and Andrei posed for the paparazzi. But what caught everyone’s attention was the duo’s lip-lock in front of the shutterbugs. Salman Khan-Sonakshi Sinha, Tamannaah, Shriya Saran and Others Attend Ramesh Taurani’s 2019 Diwali Party (View Pics).

Shriya Saran looked stunning in an embellished lehenga whereas her husband Andrei Koshcheev donned formal attire. We must say, this couple look fabulous together! So after posing for the shutterbugs, Shriya and Andrei stole the moment with their PDA. This much-in-love couple just could not stay away from each other. There’s a video doing round on the internet in which the couple is seen all mushy. Juhi Chawla Asks Fans About Their Environment Friendly Diwali Plans; Twitterati Targets Her AC Rooms And Cars.

Shriya Saran has always remained tight-lipped about her personal life. It was in March 2018 that Shriya married her Russian beau Andrei Koscheev at her Lokhandwala residence. It was a low-key wedding attended just by the couple’s family members and close pals. Andrei is a national-level tennis player. Andrei who is a foodie, has a chain of restaurants (that serves organic food) in Moscow.  Stay tuned for more other updates on the glamorous world of entertainment.