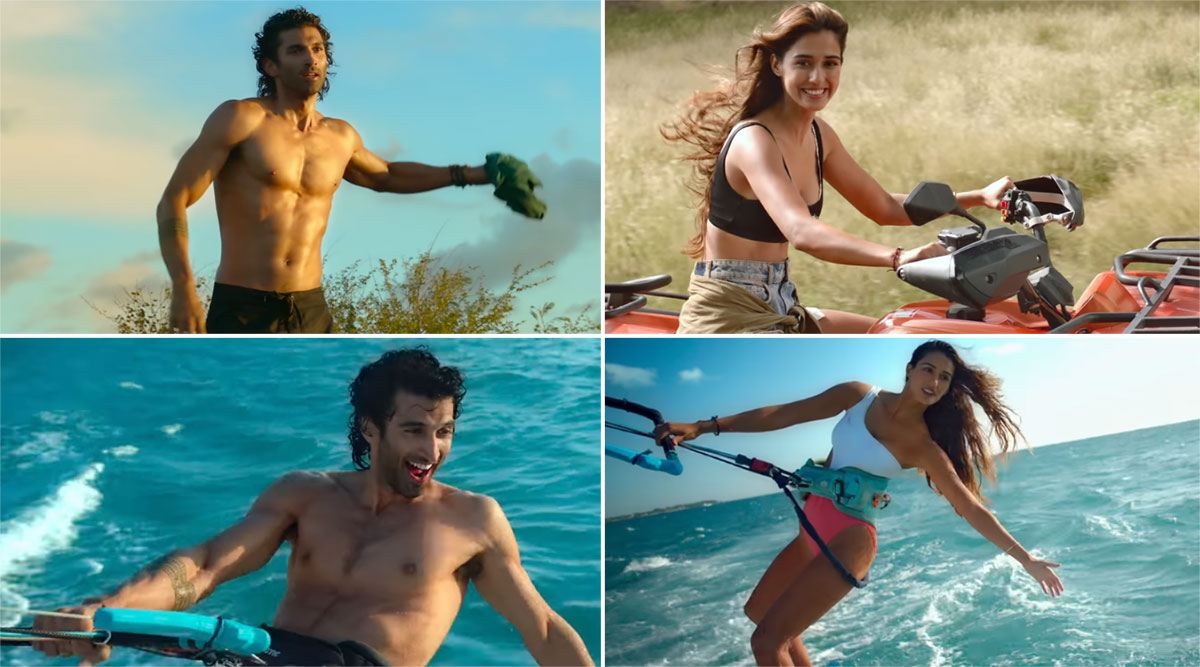 A teaser video of the music video has dropped on the internet. We see the hot actors take up some adventure sports, the beats of the music matching the adrenaline rush. Malang Title Track Out: You’ll Fall in Love with Disha Patani – Aditya Roy Kapur’s Chemistry in This Dreamy Track (Watch Video).

The teaser is too short to make a fair judgement. But it does look interesting to make us eagerly wait. There is a trippy vibe to the song, which has been composed by The Fusion Project. Sachet Tandon has lent his voice to the number. Kunaal Vermaa has penned the lyrics.