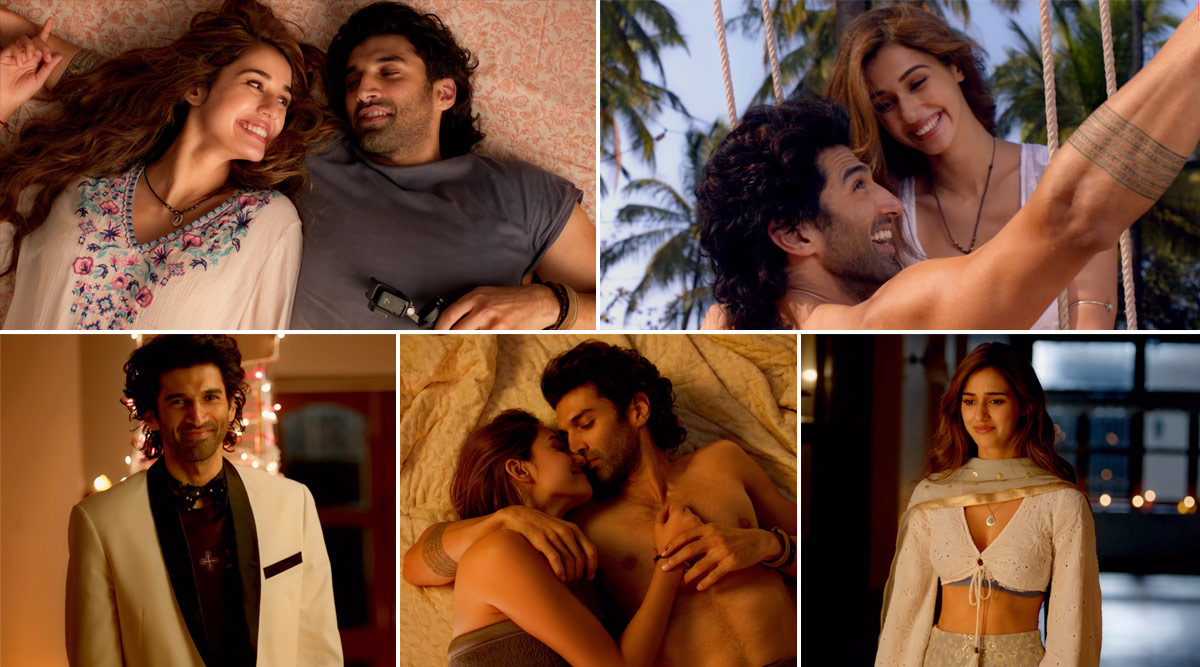 Malang starring fresh pair, Disha Patani and Aditya Roy Kapur is one of the most anticipated films of 2020. After teasing fans with back-to-back, intriguing posters, the makers dropped the trailer of the same online and it was well-received by one and all. Not to miss, Malang's trailer reminded fans of Ek Villain. All that being said, the first song from the movie titled Chal Ghar Chalen is out and we must say the vocals, as well as the visuals, are bang on in this one. For the unversed, the melody is sung by none other than Arijit Singh. Malang Trailer: 10 HOT and Stunning Pics of Disha Patani That Will Compel You to Book Your Film Tickets in Advance!

The latest song starts with Aditya wherein we hear 'abhi bohot kuch honey ko baki hai' dialogue from him which is then followed by Disha's teary face. The song is surely pleasing and does evoke emotions in you, but sadly, it fails to touch the heartstrings. The song shows us flashback from Aditya and Disha's life wherein at the end of it the girl (mostly) breaths her last in Kapur's arms. The song looks like a revenge saga. Malang Trailer: Aditya Roy Kapur and Disha Patani’s Insanely Hot Chemistry In This Intense, Dark Tale Look Intriguing (Watch Video).

So, what is your take guys on this new song from Malang? Meanwhile, apart from Disha and Aditya, helmed by Mohit Suri the action-packed film, Malang also stars Anil Kapoor and Kunal Kemmu in pivotal roles. The film is slated to hit the silverscreen on February 7, 2020. Stay tuned!