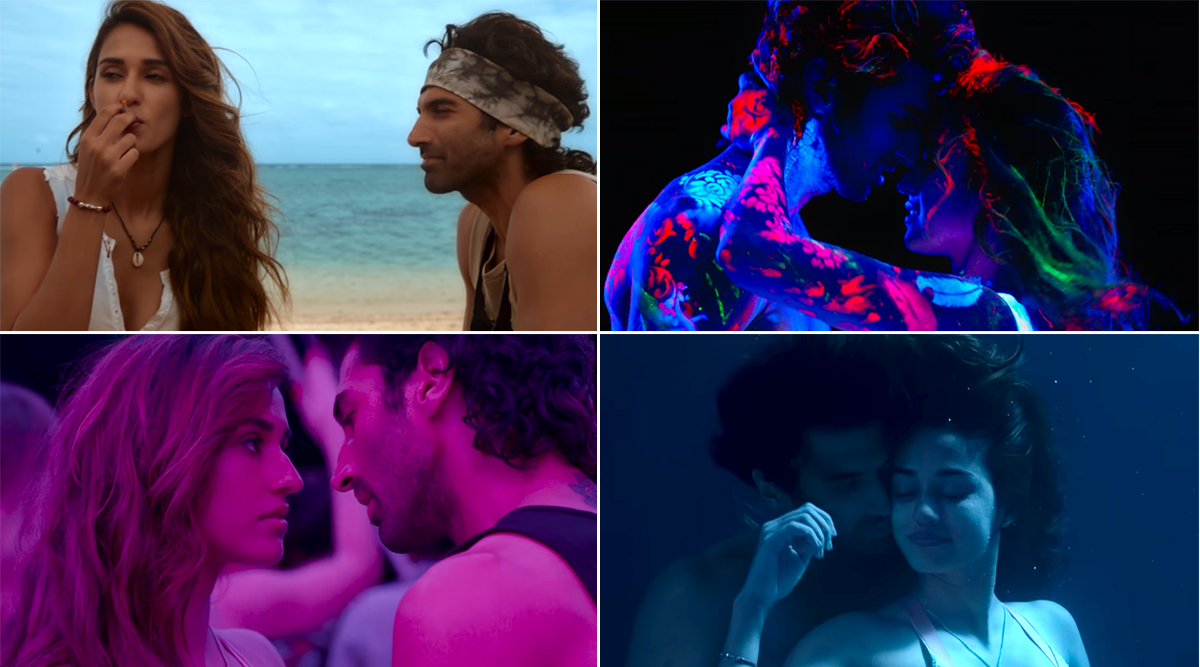 The makers have released "Malang Title Track" and it is brilliant! Be it Disha Patani and Aditya Roy Kapur’s chemistry or the beats of this song or the lyrics or Ved Sharma’s mellifluous voice, you’ll fall in love with this track. From the picturesque locations to highlighting more about Disha and Aditya’s relationship, this dreamy is sure to become a huge hit. You would want to play the song "Malang" on loop. Malang Song Chal Ghar Chalen: Aditya Roy Kapur and Disha Patani’s Chemistry Will Steal Your Heart in This Arijit Singh Crooned Melody (Watch Video).

In the track, Aditya Roy Kapur and Disha Patani are seen enjoying their lives to the fullest. It is pretty clear that this refreshing onscreen jodi of Bollywood is going to win hearts in this thriller tale. Live life from one high to another...’ and these two are living upto it. This latest track is sung and composed by Ved Sharma. The lyrics of the song has been penned by Kunaal Vermaa and Harsh Limbachiya. If you want haven’t watched this song yet, watch it now! Malang Title Song Teaser: Aditya Roy Kapur and Disha Patani's Chemistry Looks Crackling! (Watch Video).

“With Malang, I am essentially returning to genre I enjoy the most. It will be intense, edgy and mad. I hope Malang is as thrilling and exciting an experience for the audience to see as much as it has already been for me,” said film’s director Mohit Suri in a statement. Produced under the banners of Luv Films and T-Series, this film is all set to be released on February 7.