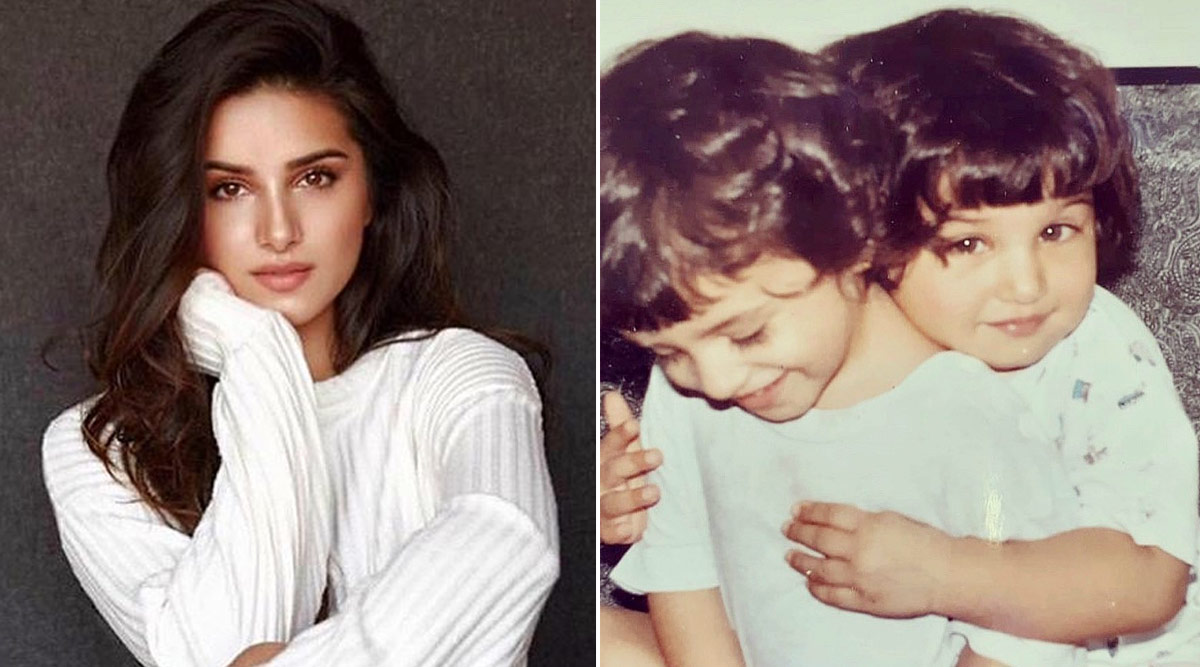 There are many pretty faces in Bollywood, but only a few rule hearts. And out of those few, it's two-film old Tara Sutaria who has been a fan favourite since the time she made her debut into the world of glitz and glamour. From her first film, Student of the Year 2 to Marjaavaan, the girl indeed showed versatility. Having said that, amid the lockdown, Tara has been very much active on her social media and often impresses all by sharing cutesy as well as hot pictures. And well, now on a Tuesday, Sutaria took us back to her childhood days as she posted a throwback pic along with her sister Pia Sutaraia. Tara Sutaria Shares A Sexy Throwback Bikini Picture and...Haye Marjaavaan.

Taking to Insta, the SOTY 2 babe teased fans with a cuddly photo and it's all things wow. In the pic, we can see a little Tara hugging her 'needier' sister and making her feel all warm. However, the cherry on the cake element about the post is how the actress looks into the lenses in between the cuddle sesssion with her twin and it'll make you go aww. 'Evidently the needier twin @piasutaria We look like baby momo’s,' she captioned the image. Tara Sutaria Oozes Oomph in her Polka Dots Bikini on the Cover of Global Spa Magazine (View Pic).

So, did you like the latest pic shared by Tara? We bet your answer will not be a no. Meanwhile, on the work front, the B-townie was last seen in Marjaavaan and ahead has this Hindi remake of Telugu film RX100 titled Tadap which is helmed by Milan Luthria. Stay tuned!