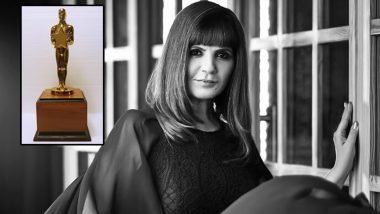 Celebrated costume designer Neeta Lulla is happy to join the Oscar Panel this year, and says the role comes with a lot of responsibility. Lulla was among the 819 artistes and executives who have received invitations to join the Academy of Motion Picture Arts and Sciences (AMPAS). "The responsibility it brings is the responsibility to communicate correctly. When you are part of such an esteemed jury, you need to communicate to them correctly, you need to be in sync with what they're talking about in terms of what are the new kind of films coming up, and the genres that are coming up, be true to reading them, be true to judging the films that come to you. A great deal of responsibility goes with it," Lulla told IANS. Ghosts: Oscars 2020 Performer Utkarsh Ambudkar to Lead CBS Comedy Pilot

"I was completely taken aback when that underlying aspect of the clip came in. And I was like, this is a body that has recognised my work and knows what 'Devdas' and 'Jodhaa Akbar' are! There's a sense of pride that they have actually noticed these films and they have seen the work over, and then came the clip where they spoke about the visual grandeur and visual colour combinations of 'Manikarnika'. It was like people are noticing India and people are noticing the kind of work coming from India," declared Lulla, who was also seen in "Decoded Season 2", a short-format fashion series on TLC and Discovery Plus app.

(The above story first appeared on LatestLY on Aug 02, 2020 01:26 PM IST. For more news and updates on politics, world, sports, entertainment and lifestyle, log on to our website latestly.com).