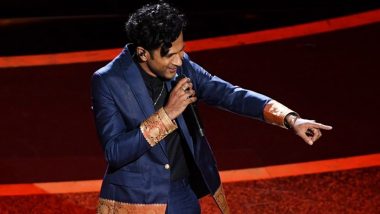 Pitch Perfect alum Utkarsh Ambudkar will play the lead role in CBS' upcoming comedy pilot "Ghosts". According to The Hollywood Reporter, the single-camera comedy hails from Joe Port and Joe Wiseman, and will also feature actor Rose McIver. Based on the British series of the same name, "Ghosts" follows a young couple, Samantha (McIver) and Ryan (Ambudkar), whose dreams come true when they inherit a beautiful country house, only to find it's both falling apart and inhabited by many of the deceased previous residents. The Bold and the Beautiful: CBS Show to Resume Production After Coronavirus Hiatus With Safety Measures On Set

Ambudkar's Ryan is a thoroughly modern dude with a love of nerdom and a talented chef. Also featuring Rebecca Wisocky and Brandon Scott Jones, "Ghosts" was developed by Lionsgate through its deal with BBC Studios.