Golden Globes 2021 To Take Place on Former Oscars Slot, Get Delayed Due to Coronavirus Concerns to February 28

The 2021 Globes will be hosted by comedians Tina Fey and Amy Poehler. The 78th awards ceremony will be held at Beverly Hilton. 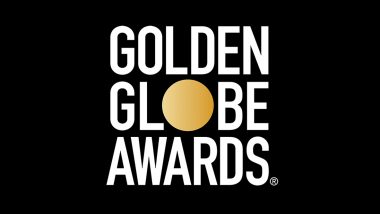 We recently reported that Oscars 2021 have been delayed and that the 93rd Academy Awards will be taking place on April 25 instead of its usual February slot. The coronavirus pandemic has certainly changed everything, especially for the entertainment industry. The dates for 2021 Golden Globes have now been announced and they are all set to take place on the old Oscars date on February 28. The 2021 Globes will be hosted by comedians Tina Fey and Amy Poehler. The 78th awards ceremony will be held at Beverly Hilton. Oscars 2021: 93rd Academy Awards Postponed by Two Months to April 25 Due to COVID-19 Pandemic.

The information about eligibility, voting and revised nominations will be announced in the coming weeks. We are expecting some changes in Globes eligibility just like the Academy Awards announced recently. After Oscars, the BAFTA Film Awards had also announced their revised schedule. The BAFTAs will be held on Sunday, April 11, 2021, after originally being scheduled to take place on February 13, 2021. Oscars 2021: 93rd Academy Awards Get Postponed; Here's the Complete Schedule With Nominations Announcement to Ceremony Dates.

As for the nominations, it was revealed in March that films which are directly going for a digital release can also qualify for Golden Globes consideration as movie theatres have remained shut amid the pandemic. With many studio blockbusters and indie arthouse movies forced to push back their release dates until theatres reopen the cut-off date for Oscar-eligible films has also been extended from December 31, 2020 to February 28, 2021.

(The above story first appeared on LatestLY on Jun 22, 2020 10:36 PM IST. For more news and updates on politics, world, sports, entertainment and lifestyle, log on to our website latestly.com).