Rishi Kapoor Dies at 67 Due To Cancer 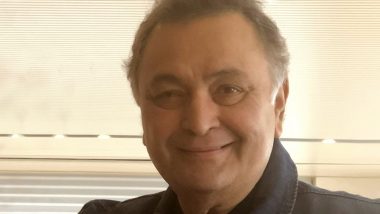 Bollywood actor Rishi Kapoor passes away at the age of 67. The actor was in the hospital for a while, owing to breathing issues. He was earlier diagnosed with cancer. The actor complained of breathing problems on Wednesday night. He was admitted to the Reliance Foundation Hospital, as confirmed by Randhir Kapoor. Amitabh Bachchan confirmed the news in his tweet which is now deleted.

Sr Bachchan had written, "T 3517 - He's GONE .. ! Rishi Kapoor .. gone .. just passed away ..I am destroyed !." See his (now deleted) tweet below. However, Rishi Kapoor's family released the statement that reads, "Our dear Rishi Kapoor passed away peacefully at 8:45am IST in hospital today after a two-year battle with leukemia. The doctors and medical staff at the hospital said he kept them entertained to the last. He remained jovial and determined to live to the fullest right through two years of treatment across two continents. Family, friends, food and films remained his focus and everyone who met him during this time was amazed at how he did not let his illness get the better of him." 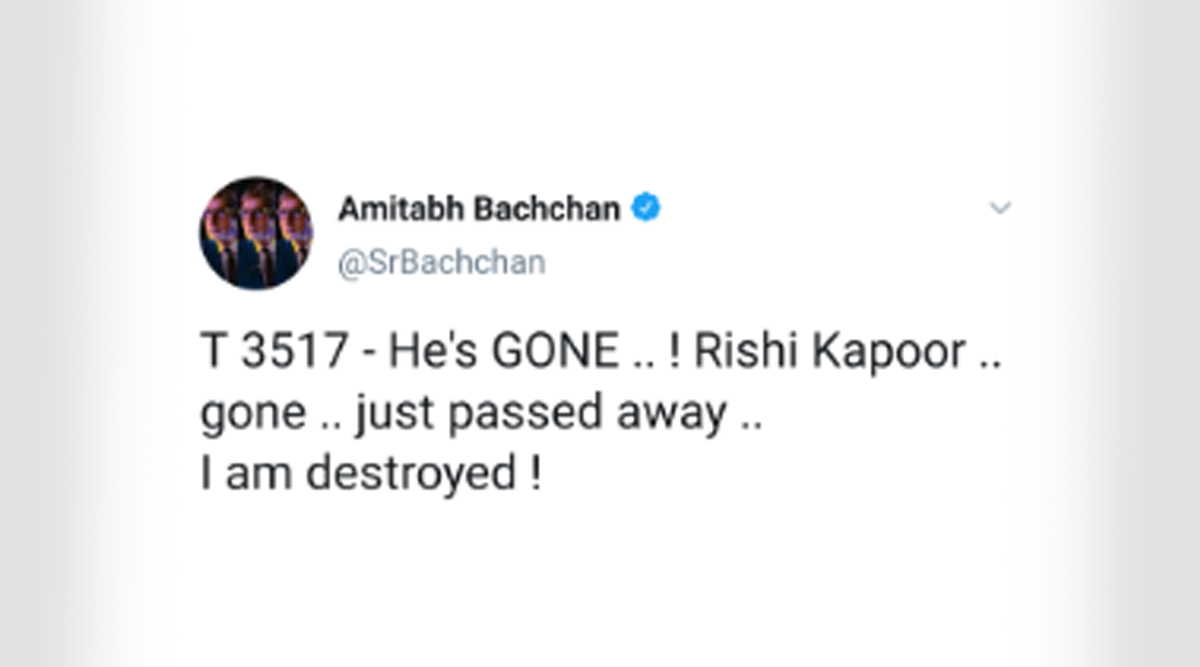 Earlier, as the news broke, the fans poured well wishes for the actor on the social media platforms. He is in the hospital. He is suffering from cancer and he has some breathing problem, so he has been admitted to the hospital. He is stable now," Randhir had told PTI. The heartbreaking news comes right a day after Bollywood actor Irrfan Khan's demise. RIP Rishi Kapoor, you will be missed!

(The above story first appeared on LatestLY on Apr 30, 2020 09:46 AM IST. For more news and updates on politics, world, sports, entertainment and lifestyle, log on to our website latestly.com).