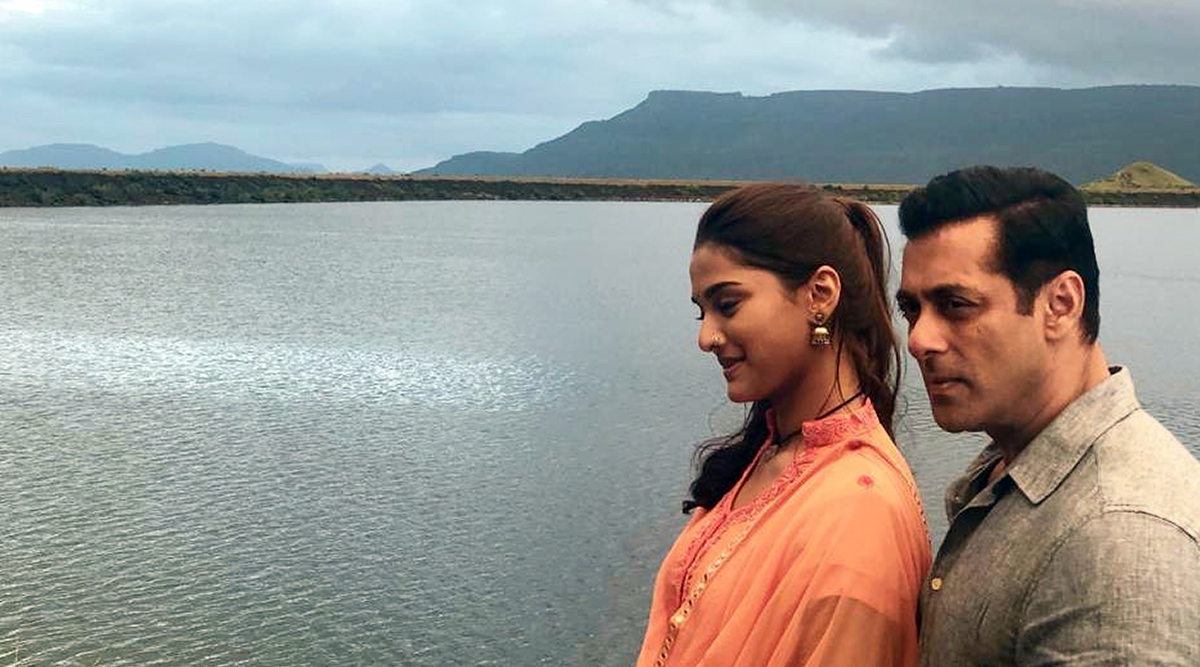 Salman Khan is not known as the 'Godfather' by the newbies for nothing! The superstar has introduced many Bollywood debutantes. While some managed to make it big, others are still gaining some foothold in the industry. In 2010, he introduced Sonakshi Sinha with Dabangg. Now, after a decade, in his Dabangg 3, he is introducing Saiee Manjrekar. The actor shared a beautiful picture of them straight from the location. Dabangg 3 Trailer To Be Attached With Housefull 4, But There Is Another Surprise Before That.

We exactly are not sure how their characters cross path in the third Dabangg installment. However, with the looks of this picture, there sure has to be some romantic connection to it. Actor Mahesh Manjrekar's daughter looks pretty in an orange traditional attire and a nose ring. On the other hand, Salman is as usual dapper. But did you notice that there is no signature moustache of Chulbul Pandey seen here? The clear water and mountains surrounding makes us wonder whether this is any song still. Check out the snap below.

Earlier at IIFA 2019 Awards, Bollywood hero stunned everyone by bringing along with him a 'mystery' girl. He posed with her on the green carpet, which left many of them confused. However, later on it was revealed that he introduced her to the fans and industry at this occasion. It is no joke when one gets to make a dazzling appearance on the red carpet with SK and Saiee has sure got lucky with this one! Coming back to the snap, what are your thoughts?