Sara Ali Khan Left Startled as She Gets Mobbed by Fans and Paparazzi at Tanhaji: The Unsung Warrior Screening (Watch Video) 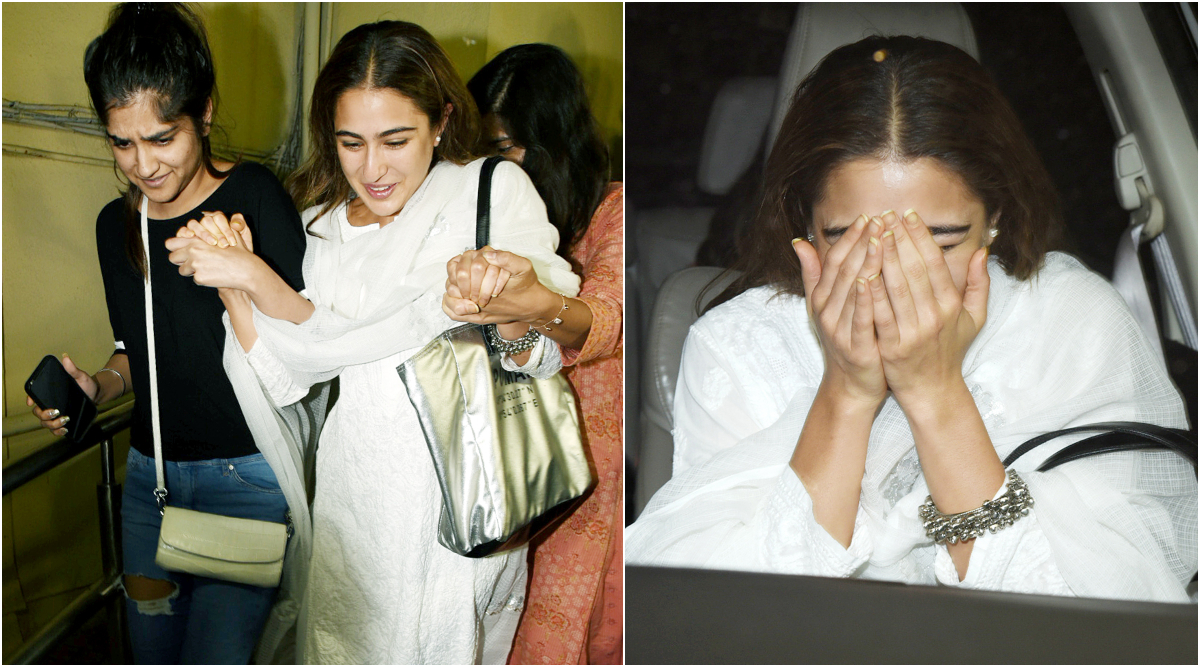 Sara Ali Khan may be just two-films old but the actress already boasts of a huge fan following. The Kedarnath actress is also known to be extremely gracious when it comes to meeting fans and the paparazzi. Sara is often clicked by paps when it comes to her gym visits and recently when she tried to oblige a fan for a selfie, he approached her and tried to kiss her hand and immediately her security stepped in. If this was any less, the actress recently attended the screening of Tanhaji: The Unsung Warrior in Mumbai and was left startled and scared as fans and paparazzi mobbed her. Sara Ali Khan Shares Adorable Pictures With Mom Amrita Singh and Brother Ibrahim Ali Khan as They Go Swimming in Maldives (See Pics).

In a video from the special screening, Sara can be seen getting scared as fans and the paparazzi approach her. Later the video also shows her in her car where she is seen smiling and greeting everyone as they surround her car. Sara was seen dressed in a simple white salwar-kameez for the screening. Check out the video of Sara's reaction after getting mobbed at the screening.

Here's Sara Ali Khan's Reaction on Getting Mobbed at the Tanhaji Screening:

This is not the first time the actress' fans have gone crazy after seeing her. Earlier, when Sara had traveled to Lucknow to see her alleged boyfriend Kartik Aaryan, the duo were mobbed by fans and videos showed how Kartik stepped in to protect her from the crowd.

On the work front, Sara is all set to be seen in Imtiaz Ali's next, Aaj Kal along with Kartik Aaryan, which is slated to release in February. Apart from that, Sara has another release lined up for the year, the Coolie No 1 remake which stars Varun Dhawan in lead.