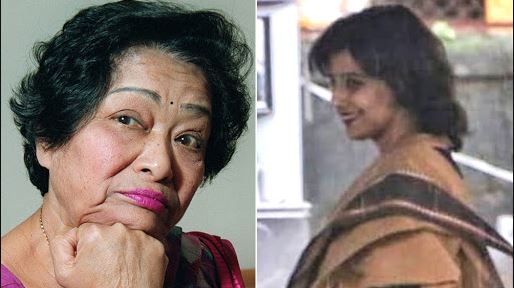 After impressing one and all with her stint as Tara Shinde In Mission Mangal, Vidya Balan’s next will be a biopic on the mathematician legend known as the Human-Computer, Shakuntala Devi. The film has been scheduled for a summer 2020 release. In a press statement earlier, Vidya was quoted as saying, “I am extremely excited to play the human-computer, Shakuntala Devi, on the big screen. She was truly someone who embraced her individuality, had a strong feminist voice and braved many a naysayer to reach the pinnacle of success.” Mission Mangal Star Vidya Balan Believes That There Will Be Days When Female Lead Will Give Big Box-Office Hits

And after ticking off all her promotional responsibilities related to Mission Mangal off her to-do list, it seems like Vidya has started shooting for the biopic. A leaked picture of Vidya has been doing the rounds, where she can be seen sporting a saree and short hair, just like Shakuntala Devi’s. Shakuntala Devi Biopic: Vidya Balan All Set to Essay the Role of Math Genius; Anu Menon Directorial to Release on THIS Date

Check Out The Picture Below:

Vidya, who is very excited to be reuniting with her Kahaani team, was also quoted as saying, “I am thrilled that Vikram, who I've worked with on 'Kahaani', and his team are producing the film. Vikram, Anu and I are proud to bring to life the story of one of the most inspiring women of this country."

Shakuntala Devi was first discovered at the age of 5 when she solved a complex math problem meant for 18-year-old students. Her talents took her places and also earned her a place in the 1982 edition of the Guinness Book of World Records.