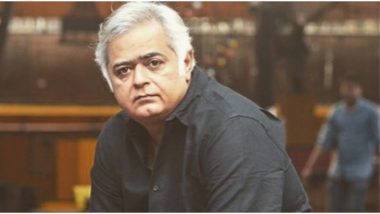 Director Hansal Mehta is all set to direct a web series which will be a political thriller revolving around the alleged encounter of UP gangster Vikas Dubey and more details of the project have now been announced. Confirming that he will be directing the project, Mehta has also stated the tentative production deets. Mehta while speaking to Bollywood Hungama revealed that the story of Dubey's encounter is key considering it is "a reflection of our times and our system where politics, crime, and lawmakers form a curious nexus."Hansal Mehta Requests Amitabh Bachchan To Unfollow KRK By Signing An Online Petition.

The yet-untitled series is expected to be an exciting political thriller and will be produced by Shailesh R Singh who has previously worked with Mehta on his acclaimed films such as Shahid, Aligarh, Omerta. The project is all set to go on the floors next year and we bet you can't wait to hear more about this project. The director took to Twitter to confirm the same as he said, "Development begins soon. @ShaaileshRSingh thank you for this." Producer Shailesh R Singh also speaking to BH stated that he had followed the Vikas Dubey encounter story closely and that he thought, "Why not tell this story to the entire nation and bring out some real facts and go to the inner depth of the great to tell this story."Hansal Mehta's Omerta Starring Rajkummar Rao Finally Finds a Streaming Partner, Will Be Available to Watch on Zee5 in June.

We are yet to hear about the title of the project and also which streaming platform will be partnering with it. Considering that the series is all set to roll next year, we can await a casting announcement soo by the end of 2020.

(The above story first appeared on LatestLY on Aug 10, 2020 11:04 AM IST. For more news and updates on politics, world, sports, entertainment and lifestyle, log on to our website latestly.com).