Hansal Mehta has publicly requested Amitabh Bachchan to unfollow KRK on Twitter. He is also ready to sign any other petition that can put an end to Blind Items. 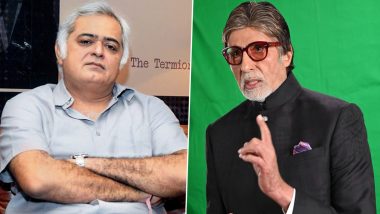 Post Sushant Singh Rajput's demise, people have been busy blaming a lot of others for what happened or rather what drove him to take such an extreme step. Karan Johar was everyone's fall guy. Fingers were also pointed at Kamal R Khan whose mean videos and posts on Sushant went viral quick enough. For a few days now many filmmakers and industry people have spoken against him. Today, Hansal Mehta posted an online petition requesting Amitabh Bachchan to unfollow KRK.Rajkummar Rao’s Omerta Producers Deny Zee5 as their Online Streaming Partner; Hansal Mehta Also Waiting for an Official Confirmation

Mehta has signed it along with  400 others who too believe there needs to be an end to KRK's malicious tweets. Mehta also tweeted, "A lot is toxic in the times we live in. Some of that toxicity exists within the film industry and entertainment media too. Blind items, vicious bashing and a lot of trash masquerading as news adorns tabloids. It has to be fought. Not with whataboutery. One step at a time." The petition could be the first step.

Check it out here 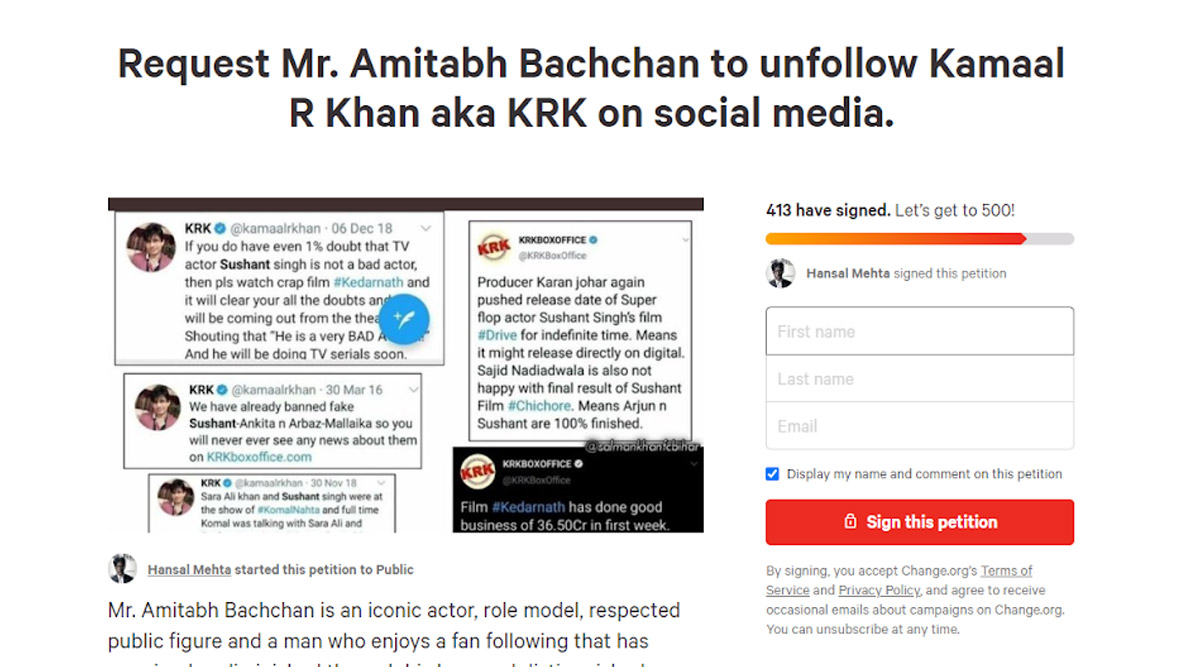 When a Twitter user asked him if it's a selective outrage or will he have a similar approach for blind items, Mehta asked the user to start another petition on the same and he would readily support that too. Well, we need to be the change we want to see in the world, right?

(The above story first appeared on LatestLY on Jul 06, 2020 02:11 PM IST. For more news and updates on politics, world, sports, entertainment and lifestyle, log on to our website latestly.com).