Baaghi 3 opened in theatres last Friday and has earned over Rs 60 crore so far. The movie has been directed by Ahmed Khan. The film has been widely panned by the critics for the illogical plot and the writing of the film. Ahmed said that while making Baaghi 3 they did think if the audience will accept it or not and then they listened to their heart. 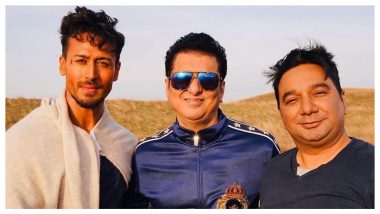 Baaghi 3 opened in theatres last Friday and has earned over Rs 60 crore so far. The movie featuring Tiger Shroff has been directed by Ahmed Khan. The film might have been loved by the fans of the actor, but has been widely panned by the critics.  The criticism was mostly directed at the illogical plot and the writing of the film. In an interview with Times of India, Ahmed reacted to the criticism. "Everyone has their right to place their point of view. I have nothing to say to such people. Everyone has their thought process," he began, his really long answer. Baaghi 3 SPOILER ALERT! 13 WTF Scenes in Tiger Shroff, Shraddha Kapoor’s Film That Are Total Head-Scratchers.

He added, "...One has to realize that we filmmakers don't do things for ourselves, we do it for the audience. There's one place to talk about sensible cinema and one to talk about commercial cinema,"

Ahmed further told the readers the difference between a movie like Chhapaak and Dabangg 3. "If you talk about films which featured big stars like 'Chhapaak', they worked so hard getting the look of Deepika right, daily. I know how much hard work it takes for such roles. Similarly, with commercial films, Salman Khan's 'Dabangg 3', he did the same thing that he does and what people like but it's up to the people to accept it or not." Baaghi 3 Movie Memes Go Viral as Social Media Users Poke Fun at Tiger Shroff and Shraddha Kapoor's New Offering.

Ahmed said that while making Baaghi 3 they did think if the audience will accept it or not and then they listened to their heart. He added, "'When we thought about 'Baaghi 3', we were thinking if it would be possible to take the action to the next level. Now, people are saying that the action in 'Baaghi 3' is better than the second one so I think that the question of logic is irrelevant."

Ahmed did not stop there. "On the other hand, if the same thing happens in Hollywood films like 'Fast & Furious', 'Hobbs and Shaw' then this question never pops up but when we try they are questioning our efforts. Why don't Indians appreciate Indian work?" Baaghi 3 Movie Review: Despite the Kabooms & Shraddha Kapoor’s Censored Abuses, Tiger Shroff’s Action Film Is D…Duh…Dull!

He pressed, "But when we try something new then they say 'where's the logic?'"

Check Out Our Review of Baaghi 3 Here:

"These people, who are talking negatively about the film are only making us stronger," an undeterred Ahmed Khan said. 'I will create more bigger action sequences for all my audience and not for those who keep talking on social media."

(The above story first appeared on LatestLY on Mar 10, 2020 02:31 PM IST. For more news and updates on politics, world, sports, entertainment and lifestyle, log on to our website latestly.com).