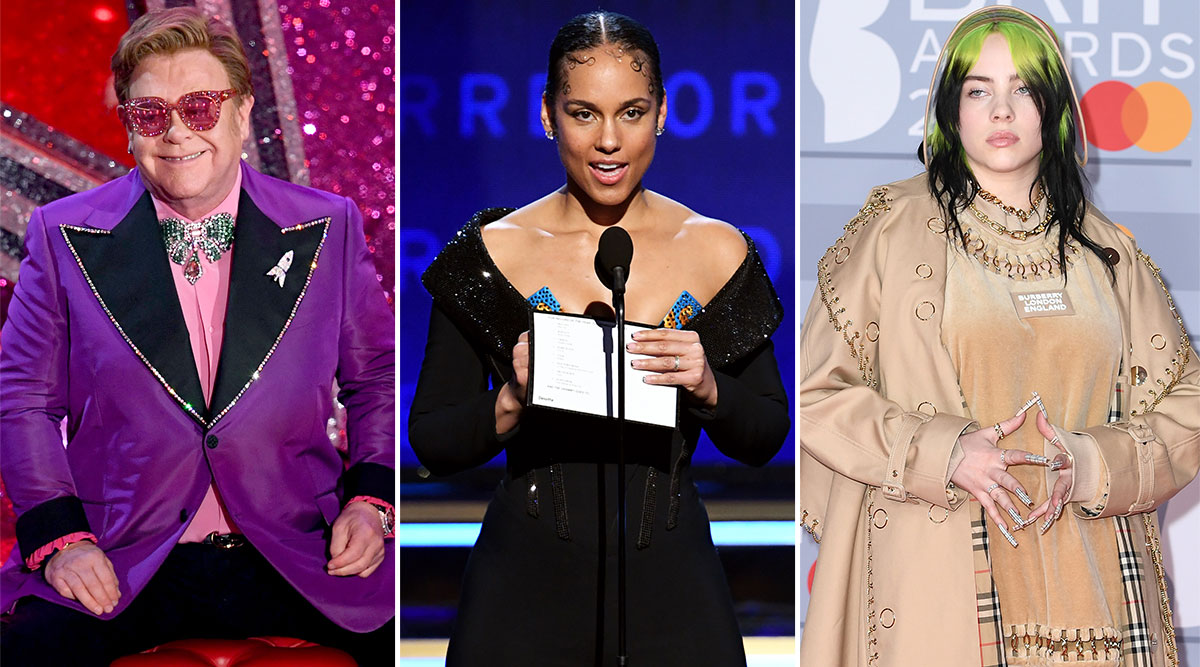 Legendary singer Elton John is set to host a coronavirus relief concert that will also feature Mariah Carey, Alicia Keys and Billie Eilish among other artistes. John will front the Fox Presents the iHeart Living Room Concert for America on March 29 -- the same day the cancelled iHeartRadio Music Awards were set to be broadcast, reports aceshowbiz.com. Backstreet Boys, Green Day's Billie Joe Armstrong and Tim McGraw will also be a part of the big event, which will feature all the musicians performing from the comfort of their own homes, using video and audio equipment. Celine Dion Tests Negative For Coronavirus, Singer Postpones Two Concerts.

According to FOX network, the hour-long gig will "pay tribute to the front line health professionals, first responders and local heroes who are putting their lives in harm's way to help their neighbours and fight the spread of the virus." COVID-19 Outbreak: Singer Lizzo Reveals She Got Strep Throat at the Worst Time Ever, Now That’s Scary!

Viewers will be encouraged to donate to Feeding America and the First Responders Children's Foundation as John and his famous friends belt out their hits.