Ex-Little Mix Star Jesy Nelson Accused of 'Blackfishing'; Here's What You Need to Know About The Form of Cultural Appropriation

Jesy Nelson came into controversy after she was accused of Blackfishing on the release of her recent music video Boyz. Nelson who hails from London drew social media backlash for her appearance in the music video of Boyz 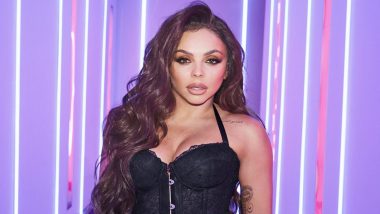 Former Little Mix singer Jesy Nelson came into controversy after she was accused of 'Blackfishing' on the release of her recent music video Boyz. Nelson who hails from London drew social media backlash for her appearance in the music video. In simple terms, Blackfishing is a form of cultural appropriation where a non-black person tries to appear black or of a mixed race other than its usual appearance. The root of the term Blackfishing is created by writer Wanna Thompson who pointed out this issue via a viral Twitter thread in November 2018 where she demonstrated how white people are just being fake with their features to look more like a person of colour. Netflix’s Co-CEO Defends Dave Chappelle’s Special ‘The Closer’ in Staff Memo After the Comedian Faces Backlash From the LGBTQ+ Community.

Jesy Nelson went live on Instagram with Nicki Minaj to clarify herself on the entire controversy. Singer said that it was not her intention to offend someone and strongly denied using fake tan and revealed she went to Antigua before the song shoot, which is basically the reason for her dark skin tone. On the other hand, Nicki Minaj defended Jesy Nelson saying "As long as you're not hurting anybody or speaking negatively about anyone's race or culture, you should be able to enjoy your body, your makeup, how you want to," The Activist: Usher, Priyanka Chopra Jonas and Julianne Hough’s Competition Series Format Changed to One-Time Documentary After Backlash.

Nelson left the British girl group Little Mix in December 2020 after nine long years. The band was successful and even sold more than 50m records worldwide and broke the record for the group with the most No 1 singles last year.

(The above story first appeared on LatestLY on Oct 13, 2021 12:44 PM IST. For more news and updates on politics, world, sports, entertainment and lifestyle, log on to our website latestly.com).