Though swashbuckling bandits have not roamed the high seas in centuries, a culture-wide fascination with pirates and their exciting feats still pervades. 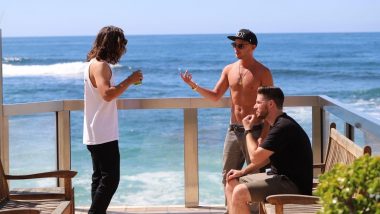 Though swashbuckling bandits have not roamed the high seas in centuries, a culture-wide fascination with pirates and their exciting feats still pervades. Bolstered by the success of recent franchises like Pirates of the Caribbean and its corresponding theme park attractions, a new generation of folks interested in the adventures of foregone buccaneers has arisen. One such individual inspired to live a modern-day pirate’s life is youthful shipwrecked treasure aficionado JR Bissell, who’s venture Pirate Gold Coins has dealt one-of-a-kind ancient artifacts to collectors across the world. But as in yesteryear remains today -- what is a captain without its crew? Thus, the Loot Boyz were born, Bissell’s very own 21st century band of marauders.

“The idea behind the Loot Boyz is to create a community beyond Pirate Gold Coins,” explained Bissell. “The Loot Boyz is composed of all the scallywags who own and are the caretakers of this precious loot after it leaves Pirate Gold Coins. Because these treasures are so crushingly rare, a client is much more than a client to us -- they become more of a family member now that they are the trustworthy custodian of such an incredible piece of history. Like an incredibly expensive piece of art, we probably will never see these pieces again, so I wanted to build a community of the people who now are the caretakers of these treasures so they still feel close and I know where these precious gems all are.”

Though antiquated definitions of pirates would tend to classify them as criminals, Bissell looks at the modern equivalent as more of an inherent spirit rather than performers of illicit activities. Roaming around, frequenting the beach, drinking whiskey out of the bottle and regularly patronizing tattoo parlors, Bissell and his Loot Boyz embody the carefree living that their predecessors once enjoyed in the Golden Age of Piracy.

“The Loot Boyz are my fellow scallywags who encompass the essence of what being a pirate is,” Bissell went on to reveal. “I alone cannot be every aspect of what a Loot Boy is because there isn’t enough time in the world to be in every area of the pirate life. Some of our Loot Boyz live out of a van and surf everyday, some have a lot of motorcycles and embrace freedom traveling all over the coast line, some of us are professional fighters, and beyond.”

Indeed, as Bissell remains dedicated to working around the clock to making Pirate Gold Coins a success, browsing international auctions late at night and making deals across the globe, the treasure collector has left the day-to-day pirate behavior and brand representation to his Loot Boyz, joining them in full force during his free time on the weekends.

“It’s so much bigger than just one person, it takes a whole community of people, specializing in different areas, to truly encompass what I want the brand to represent,” said Bissell. “No one person could ever do everything that is ‘a Pirate’s life.’”

“A Pirate’s life is working 90+ hours a week for yourself so you don’t have to work 40 hours for someone else,” Bissell further explained. “A Pirate’s life is both ‘rags and riches;’ it’s pulling up in your Aston Martin to your one bedroom apartment with ripped up Vans and a Rolex, while pulling out your skateboard from the trunk. It’s having a $50,000 Shipwreck Coin in the pocket of your $30 dollar jeans, while also having Hugh Hefner’s personal money clip (a personal treasure of Bissell’s) in the other. A Pirate’s life is freedom because you keep your overhead crazy low while still making money, you spend almost nothing because you need almost nothing.”

As Pirate Gold Coins continues to expand its reach -- including exciting forays into the non-fungible token and fine art spaces -- Bissell and his Loot Boyz are set to keep the swashbuckling spirit alive and well throughout present day society.