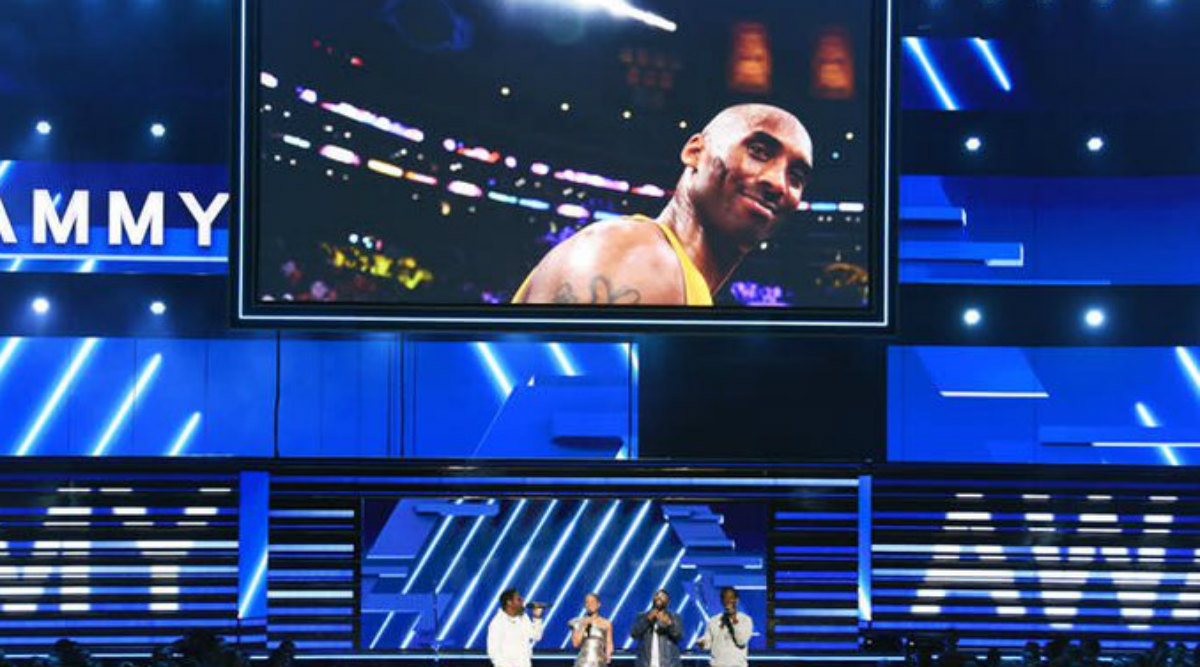 Los Angeles, January 27: The 2020 Grammys kicked off Sunday with an emotional tribute to the late NBA legend Kobe Bryant, whose sudden death in a helicopter crash left Los Angeles in tears on music's marquee night.

Before the star-studded event's top nominee Lizzo owned the stage at the Staples Center with a show-stopping medley of her top hits -- where Bryant made NBA history as a championship-winning Laker -- she laid down the evening's overarching theme: "Tonight is for Kobe." Kobe Bryant No More: Priyanka Chopra, Ranveer Singh, Karan Johar, Arjun Kapoor, Abhishek Bachchan Pay Moving Tributes to the NBA Legend.

"And we're literally standing here heartbroken in the house that Kobe Bryant built," said Keys, before launching into a soulful rendition of "It's So Hard to Say Goodbye" with the group Boyz II Men.

"He would want us to keep the vibrations high," Keys later said, before singing a humorous yet soothing opening monologue at the piano.

A mushrooming crowd of people, many of them in tears, gathered near the arena to mourn the 41-year-old Bryant. Flags were flying at half-mast.

The evening nevertheless promises a series of rollicking performances from Lizzo's top competition for major awards, Billie Eilish and Lil Nas X, as well as tributes to the veteran rockers Aerosmith and the late rapper Nipsey Hussle.

"This is really... sick," the 31-year-old superstar said through tears, before alluding to Bryant's death.

"This whole week I'd be lost in my problems, stressed out -- and then in an instant all of that can go away and your priorities really shift," she said.

"Let's continue to reach out, hold each other down and lift each other up."

"I feel like I'm not supposed to be here," Eilish, 18, wearing Gucci, said on the red carpet after winning her first award of the night.

"You just work hard at whatever you're doing and it's gonna happen for you," the 20-year-old said.

Lady Gaga won two Grammys for her soundtrack for the hit film "A Star Is Born," and one went to Beyonce, who nabbed the prize for best music film for "Homecoming."

But even as pop's new guard is poised to usher in a new era, scandal backstage has threatened to tarnish the glitz.

Just days before the gala, the Recording Academy's suspended CEO Deborah Dugan -- the first woman to lead the embattled institution behind the Grammys -- filed an explosive discrimination complaint with the Equal Employment Opportunity Commission.

She says she was suspended after raising concerns over sexual harassment, voting irregularities and other misconduct within the Academy -- one of music's most influential organizations, but one long accused of favoritism and a lack of diversity.

Dugan also alleged that her predecessor, Neil Portnow, had raped a foreign female musician -- an allegation he has rejected as "ludicrous and untrue."

Often remembered as much for its performances as its winners, the Grammys also will feature Ariana Grande, along with a genre-blending rendition of "Old Town Road" that will feature K-pop sensation BTS, country star Billy Ray Cyrus and the eclectic DJ Diplo, among others.

And Usher drove the crowd crazy in leading a tribute to the late legend Prince, performing songs including "Little Red Corvette," "When Doves Cry" and "Kiss."

FKA Twigs joined him in lingerie to deliver a pole-dancing performance -- and none other than Prince's protegee Sheila E was on the drums.

Artists including John Legend, Meek Mill and DJ Khaled -- all up for Grammys this year -- will perform a tribute to Hussle, who was shot dead last year and has so far won one posthumous award.

The late rapper's grandmother delivered an emotional acceptance of his award, thanking the audience for "sharing all the love that I have felt for him all of his life."