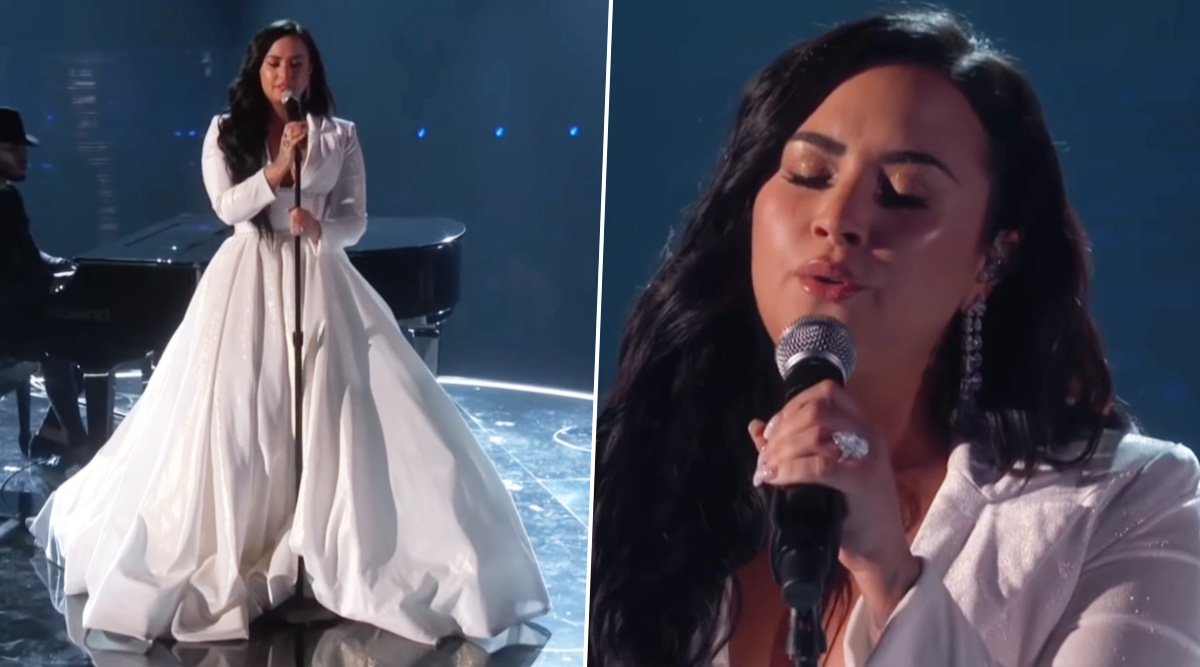 Singer Demi Lovato made a rousing return to the music scene at the 2020 Grammy Awards with her first live performance since her highly-publicised drug overdose and hospitalisation in July 2018. The 27-year-old singer, who debuted her new song "Anyone" at the 62nd annual music awards ceremony, received a standing ovation from the audience. Grammys 2020: Billie Eilish Says Ariana Grande Deserved ‘Album Of The Year’ Grammy Award, ‘Thank U Next’ Singer Reacts.

Lovato sang an emotional rendition of the track, which features lyrics such as "I feel stupid when I sing / Nobody's listening to me. Nobody's listening/ I talked to shooting stars but they always get it wrong / I feel stupid when I pray. So why am I praying anyways?" She had been teasing new music for months in the run-up to the Grammys. Grammys 2020: FKA Twigs Says She ‘Wasn’t Asked to Sing’ at the Grammys on Paying Tribute to the Prince Along with Usher.

Demi Lovato Getting Standing Ovation for Her Grammy Performance

Ladies and gentlemen, the first comeback of the decade:

According to Entertainment Weekly, when she was recuperating in the hospital, Lovato is said to have decided the track would be the first song she would sing after recovery. The singer was introduced on stage by "Little Women" director Greta Gerwig and accompanied only by a pianist on stage. Lovato announced her Grammy gig early January on Instagram, saying "I told you the next time you'd hear from me I'd be singing."