Grammys 2020: FKA Twigs Says She ‘Wasn't Asked to Sing’ at the Grammys on Paying Tribute to the Prince Along with Usher 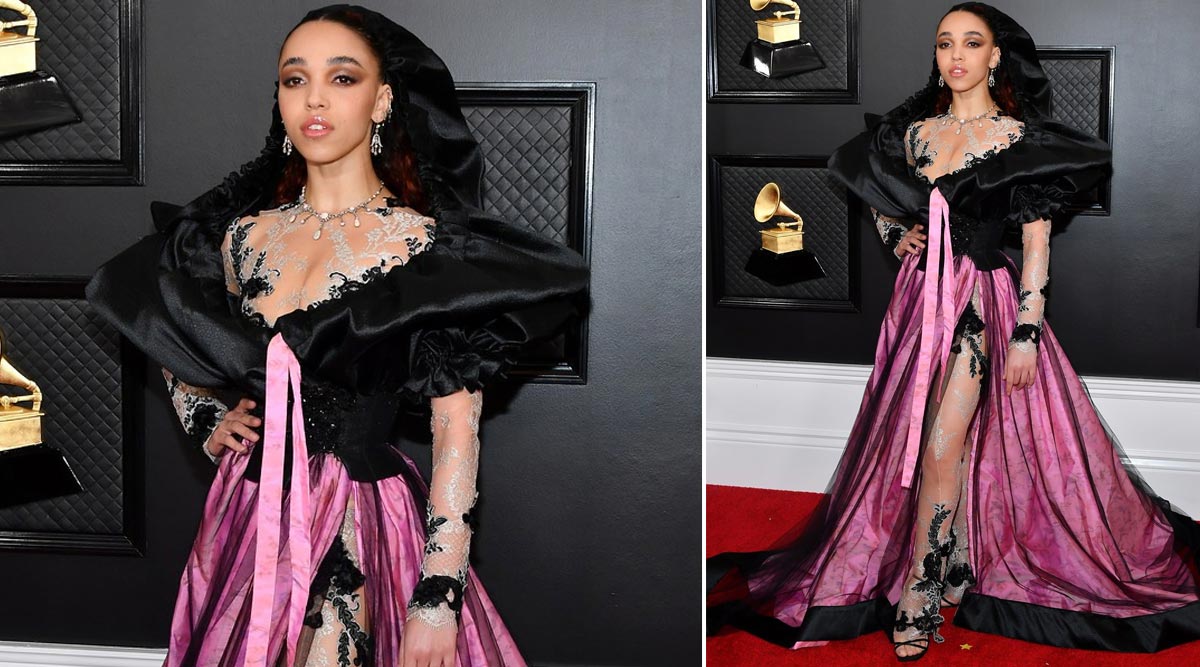 Singer FKA Twigs' fans were left disappointed after her tribute to late star Prince at this year's Grammy ceremony on Sunday. On Sunday night, Usher and FKA Twigs took to the stage to honour the late icon with a rendition of some of his greatest songs, including "Kiss" and "When doves cry". The performance was partially to promote the upcoming "Let's Go Crazy: The GRAMMY Salute to Prince" concert that includes artistes like Beck, Common, John Legend and more, but left were fans upset when Twigs never got to sing with Usher on the Grammy stage, reports eonline.com. Grammys 2020: Nipsey Hussle Wins Two Grammy Awards Posthumously, Honoured With Tribute Performance By John Legend and Meek Mill.

During the performance, Twigs was seen gracefully dancing on a pole to the side of the "Yeah!" singer, and at one point even danced on the singer. She later tweeted: "Of course i wanted to sing at the grammys. i wasn't asked this time but hopefully in the future. none the less what an honour. congratulations to all winners x (sic.)." RIP Kobe Bryant: Here’s How Priyanka Chopra Paid a Tribute to the NBA Legend at Grammys 2020.

Fans took to Twitter to express their confusion and outrage that Twigs was seemingly not a central part of the tribute. "So, FKA twigs is being reduced to a Usher backup dancer right now?" one fan posted on Twitter. "The audacity of featuring FKA Twigs in a Prince tribute and not having her sing," another wrote.