Actors Frieda Pinto and Logan Marshall-Green are set to star in streaming platform Netflix's thriller movie “Intrusion”. “I Smile Back” helmer Adam Salky will direct the film from a script written by Chris Sparling. 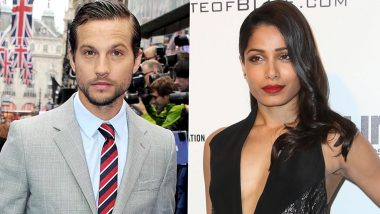 According to The Hollywood Reporter, the film revolves around a couple (Marshall-Green and Pinto) who move to a small town, and suffer a home invasion that leaves the wife “traumatised and suspicious that those around her might not be who they seem.” Baba Yaga: Kate Winslet, Jennifer Hudson, Glenn Close Board VR Animated Film