Matt Dillon Birthday Special: Did You Know This Hollywood Star’s Dark Thriller Was Remade in Bollywood With Shah Rukh Khan and Kajol? 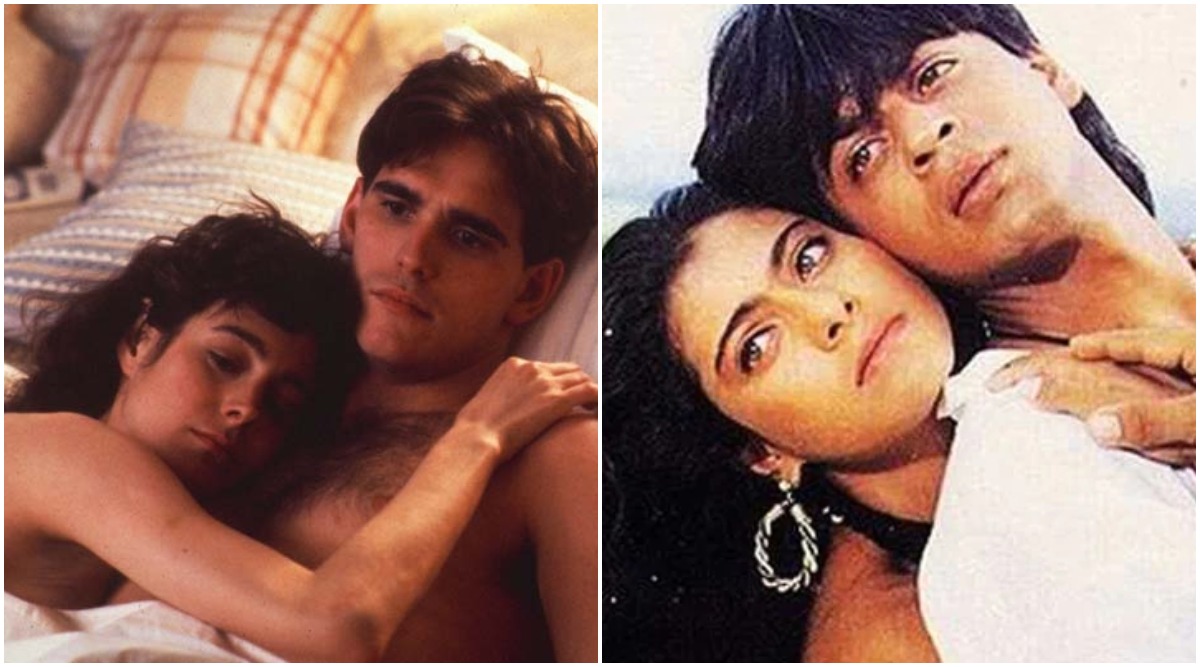 Stills from A Kiss Before Dying and Baazigar (Photo Credits: Twitter)

Matt Dillon, the Hollywood heartthrob of the '80s and the '90s, is turning 56 on February 18, 2020. On the occasion of his birthday, we wish the handsome star Many Many Happy Returns of the Day. Once, a star of many coming-of-age dramas and slapstick comedies, Matt Dillon is now focussing on more serious, even gritty fare like Lars Von Trier's controversial crime drama, The House That Jack Built. Cannes Film Festival 2018 Witness More than Hundred Walkouts at Lars von Trier’s Movie Screening ‘The House That Jack Built’.

In the '80s, he was the lead in some very acclaimed films like  Rumble Fish (1983), The Outsiders (1983) and Drugstore Cowboy (1989). As he was gaining more foothold in Hollywood, Dillon played the lead in the 1991 thriller, A Kiss Before Dying. The movie was adapted from a novel of the same name, which also inspired a 1956 film.

In A Kiss Before Dying, Dillon played an anti-hero who romances a rich heiress and kills her, when he learns that she is pregnant. He then uses a different persona to woo her twin sister, who later becomes suspicious and begins to investigate him.

Watch The Trailer of A Kiss Before Dying:

If Bollywood fans found the premise familiar, it is more so because that is more or less the plot of the 1993 film Baazigar, directed by Abbas Mustan. Shah Rukh Khan steps into Dillon's shoes, while the makers ditched the twins angle to cast two different actresses - Shilpa Shetty and Kajol - to play the sisters. Interestingly, the twins angle was a part of the plan earlier, with the makers approaching Sridevi to take on the role. In Sridev's Memory: Jurassic Park, Baahubali, Baazigar- 7 Interesting Movies She Had Rejected Like A Boss In Her Career.

A Kiss Before Dying didn't do much to boost Dillon's career, though he got praised for his dark, and wasn't a big hit. But the remake had a different outcome to tell. Baazigar was one of the biggest hits of the year, and played a huge factor in making Shah Rukh Khan into a huge star. It also glamourised the idea of an anti-hero, something the leading stars then were not very keen to do, and gave us the first real glimpse of SRK-Kajol magic. Shah Rukh Khan also won his first Filmfare Award for Best Actor. Akshay Kumar’ Sangharsh, Shah Rukh Khan’s Baazigar, Aamir Khan’s Ghajini – 10 Remakes That Sanitise the Villains and Psychopaths From the Original Films.

Another Matt Dillon film also got a starry remake in Bollywood and that was the cult comedy There's Something About Mary. Also co-starring Ben Stiller and Cameron Diaz, the movie had Dillon play a deceitful detective, who is hired by Stiller's character to spy on his college crush, played by Diaz, only for the detective to fall for her.