Steven Spielberg Birthday Special: From Jaws to Jurassic Park, 10 Highest-Rated Movies of the Director As per IMDB and Fascinating Trivia About Them (LatestLY Exclusive)

Steven Spielberg is the kind of director who can handle a big-budget blockbuster with as much ease as a moving drama or a likeable comedy. On the occasion of the director's 74th birthday, let's look at Steven Spielberg's top ten highest rated films on IMDB, and share an interesting trivia about each of them. 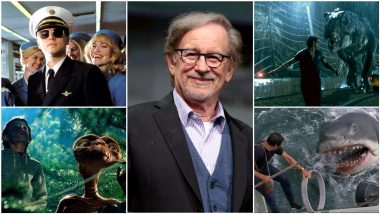 There is something very special about a Steven Spielberg film. Even the bad ones have a distinct likeability, yes, even 1941, the director's supposedly most hated work, followed by Indiana Jones and The Kingdom of the Crystal Skull. But we are not here to talk about Steven Spielberg's weak movies. We are here to discuss the most celebrated films of the filmmaker known for leaving a very delible positive impression for this generation's movie-goers. Steven Spielberg Birthday Special: 7 Finest Blockbusters the Jurassic Park Director Has Given to Cinema.

Steven Spielberg is the kind of director who can handle a big-budget blockbuster with as much ease as a moving drama or a likeable comedy. If on one hand he makes big screen spectacles like Jurassic Park, Indiana Jones saga, Ready Player One, Spielberg is also pro at making acclaimed dramas like Schindler's List, Catch Me If You Can, The Post, The Colour Purple et al.

On the occasion of the director's 74th birthday, let's look at Steven Spielberg's top ten highest rated films on IMDB, and share an interesting trivia about each of them. Starting in descending order... 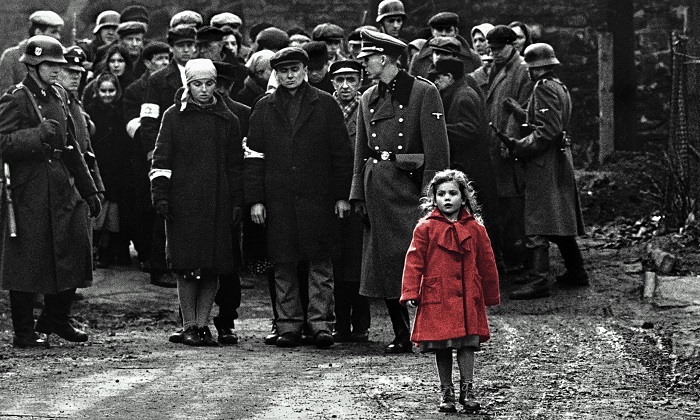 Trivia: Steven Spielberg loves to collaborate with the iconic composer John Williams for most of his films. When he showed a cut of this powerful World War II anti-Nazi drama, Williams was blown away by the film and was apprehensive about scoring for the movie. He suggested to Spielberg to try a better composer. To which, the director had a classic reply,  "I know, but they're all dead!" 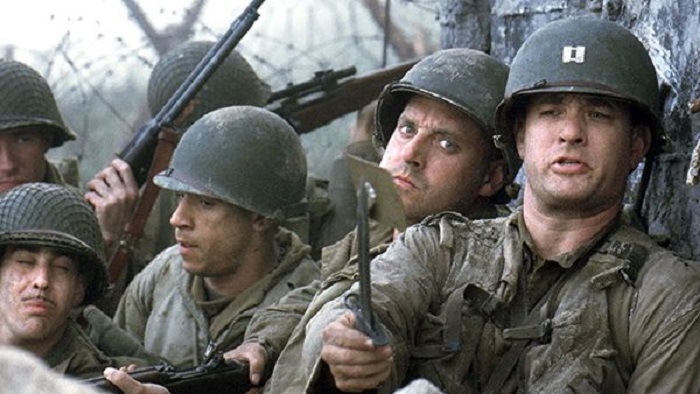 A Still from Saving Private Ryan

Trivia: Indian Censor Board often lands itself in many controversies with its silly censorship rules, and even this brilliant war drama faced roadblock from CBFC. Apparently, the Board demanded cuts for the graphic violence, which the director didn't agree, and he planned to not release the film in India at all. Somehow the Central Ministry, realising the silliness of the matter, saw the film and agreed to release it uncut. 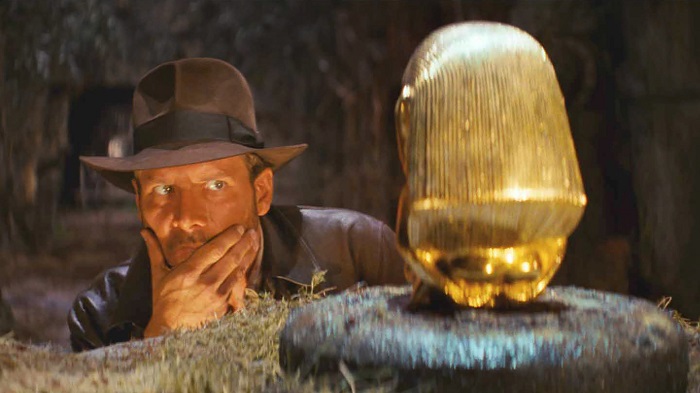 Harrison Ford in Raiders of the Lost Ark

Trivia: An episode of The Big Bang Theory infamously served a huge plothole about this classic action adventure, when Amy Farrah Fowler claimed that Indiana Jones hardly mattered to the consequences to the plot. Even without him, the Nazis would have found the Ark, opened it and then destroyed themselves. Indiana Jones fans are still debating over this plothole!

Indiana Jones and the Last Crusade (1989) 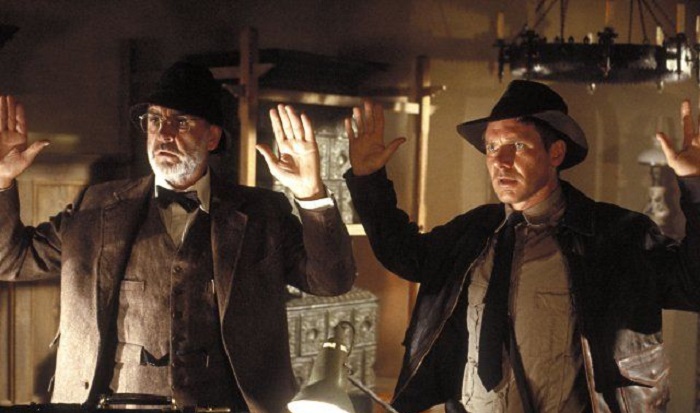 Trivia: The late Sir Sean Connery who famously played Indiana Jones' father, Henry Jones Sr, was expected to return for Kingdom of the Crystal Skull. But the actor had gone into a self-imposed retirement by then, so the makers have to do with a framed photograph of him. Also, the actor who plays a young Indiana Jones, is the late River Phoenix. the talented elder brother of Oscar winner Joaquin Phoenix, who tragically died at a young age. Sean Connery Dies at 90: From James Bond to Henry Jones Sr, 15 Most Iconic Roles of Hollywood Legend That the Movie Fans Will Continue to Cherish! 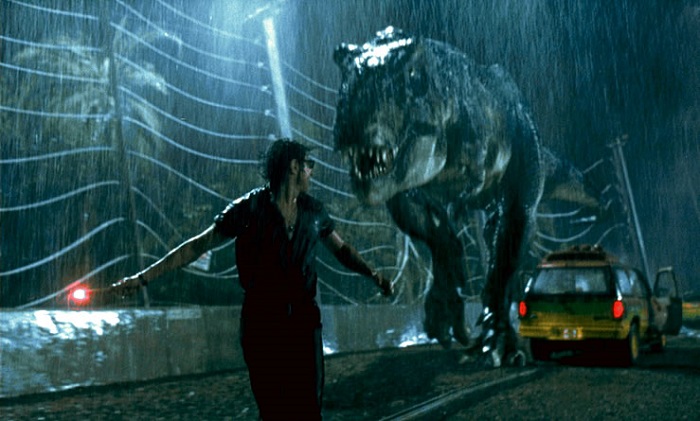 A Still from Jurassic Park

Trivia: If you have ever read Jurassic Park the novel by Michael Crichton, on which the movie is based, you would find it to be vastly different. For one, John Hammond (Sir Richard Attenborough), the good-hearted but over-ambitious park owner, is less likeable in the novel and is killed off by a pack of Procompsognathus. Also, Ian Malcolm (Jeff Goldblum) also gets killed in the novel, but strangely returns alive in the sequel novel. Jurassic World Fallen Kingdom Movie Review: Dinosaurs Rule, Humans Suck As Jurassic Park Franchise Takes a Dark Turn. 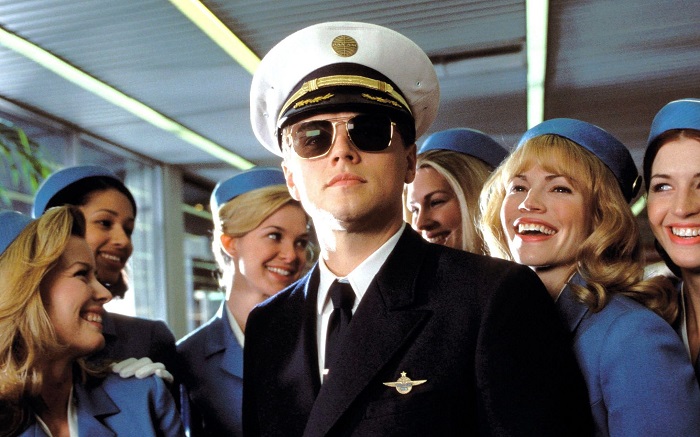 Leonardo DiCaprio in Catch Me If You Can 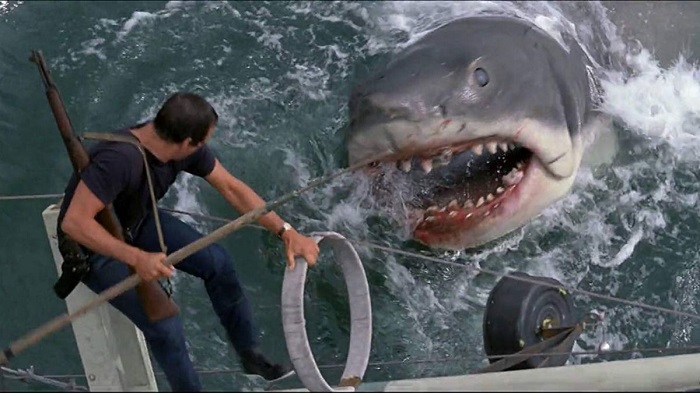 A Still from Jaws

Trivia: The whole reason why Jaws is such an awesome entertainer is because the shark was used sparsely, creating a sense of dooming mystery about it. However, it was not an intentional idea to do so, and was only tried out because the mechanical shark that Spielberg was supposed to use (nicknamed Bruce) kept malfunctioning. From Jaws to Evil Dead, 11 Lesser-Known Hindi Remakes of Cult Hollywood Horror Movies to Watch Purely for Guilty Pleasures! 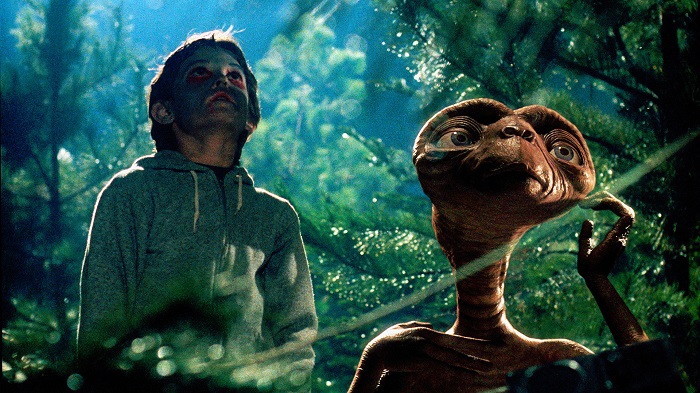 A Still from ET the Extra-Terrestrial

Trivia: Harrison Ford, Indiana Jones himself, was supposed to have a cameo in this beloved children's film, playing the principal of the protagonist's school. Spielberg however thought his presence would be distracting and hence cut the actor's scene. But you can still catch the cameo in ET's deleted scenes. 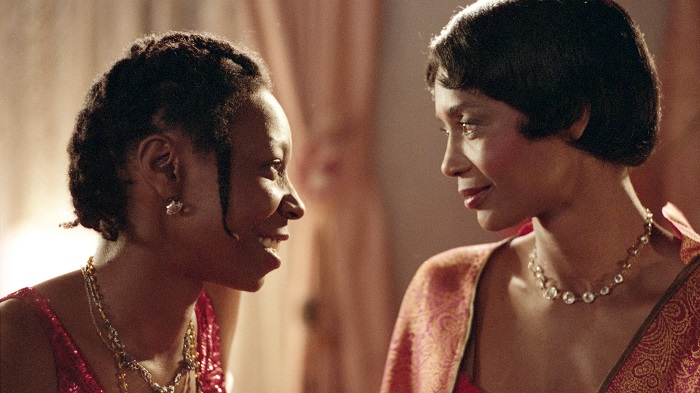 Whoopi Goldberg in The Color Purple

Trivia: This moving drama was the screen debut of two future greats, Whoopi Goldberg and Oprah Winfrey. The Colour Purple also have an unusual record of earning the maximum Oscar nominations (11) but not having any wins. A record it shares with The Turning Point (1977). 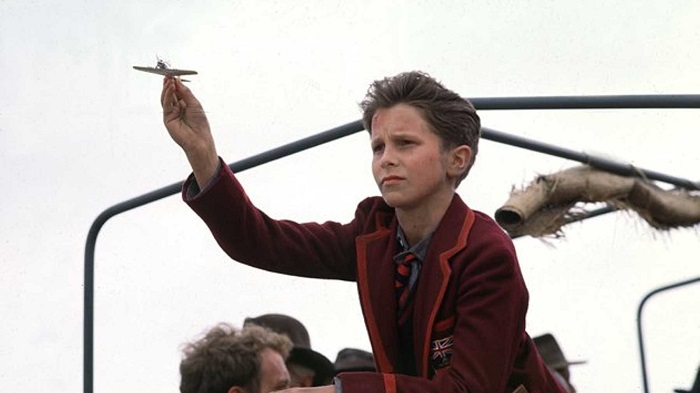 Christian Bale in Empire of the Sun

Trivia: The heartbreaking WWII drama was the breakout role for the young Christian Bale. Empire of the Sun also was one of the earliest roles for another popular future star, Ben Stiller, who had a small role in the movie.

(The above story first appeared on LatestLY on Dec 18, 2020 10:11 AM IST. For more news and updates on politics, world, sports, entertainment and lifestyle, log on to our website latestly.com).