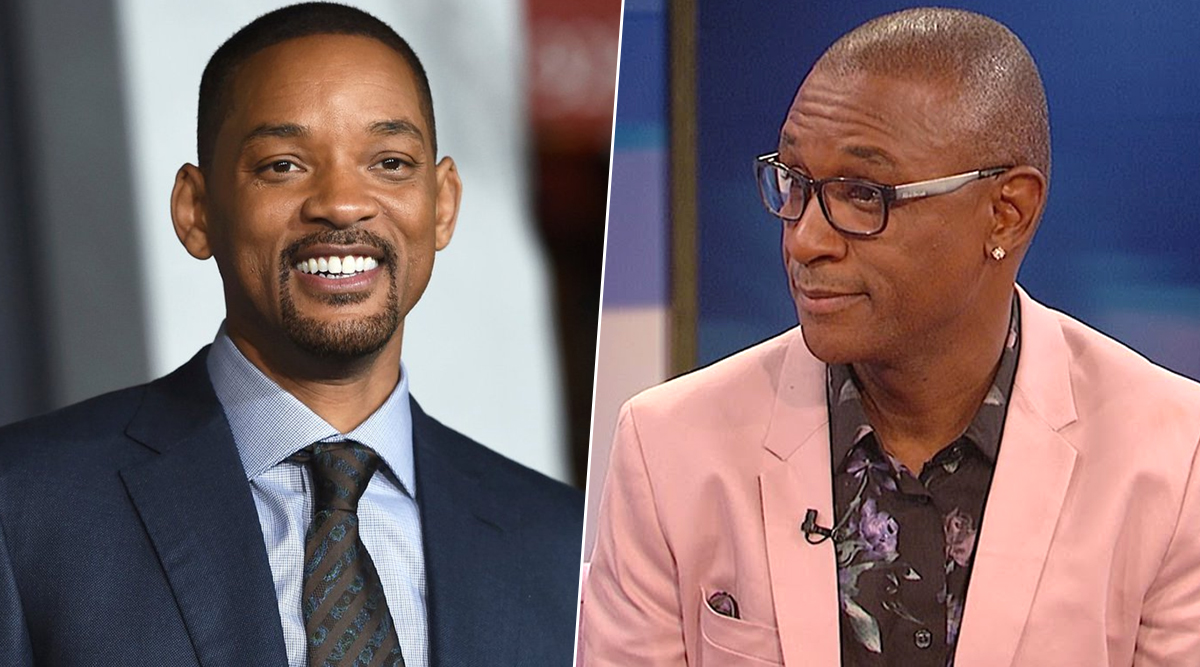 Hollywood star Will Smith almost had a fistfight with his actress-wife Jada Pinkett Smith's co-star Tommy Davidson. The "Bad Boys for Life" actor got angry when Davidson went in for a kiss and Jada flinched during the filming of their 1998 romantic comedy Woo, reports aceshowbiz.com. In his new memoir "Living in Color", Davidson recalled Will yelling at him on the set: "Back up! Back up! Miiiiind ya business!" Will later confronted Davidson in his trailer. "I didn't appreciate that," Will said but Tommy goaded him. Bad Boys for Life Movie Review: Will Smith and Martin Lawrence’s Entertaining Bromance Fuels Their Best Buddy Cop Ride in the Saga.

The situation became tense, but thankfully, Jada followed Will into the trailer and managed to calm him down before it could escalate into a physical fight. "Will went all gangsta on me, saying what I did was not cool. There was a moment there when we might have come to blows. My reactive fight-or-flight instinct was triggered and I could have exploded," Davidson wrote in the book. Davidson said he discussed with the producer before the filming the idea of kissing Jada but he said he didn't tell his onscreen love interest about it. He said that he didn't know that kisses had to be rehearsed. Bad Boys 4: Will Smith and Martin Lawrence Film in Works at Sony Pictures.

"I didn't think it was all that big of a deal," he said. Will Smith married Jada before the movie was released and she's listed as Jada Pinkett Smith on the movie. Another man whom Will Smith admitted to getting jealous of was Tupac Shakur. In a recent interview on The Breakfast Club, Will confessed to feeling insecure of his wife's close friendship with the late rapper.

"They never had a sexual relationship, but now they had come into that age where that was a possibility, and Jada was with me. He was the image of perfection, but she was with the Fresh Prince, so it was, like, we were in the room together a couple times, (but) I couldn't speak to him. He wasn't going to speak to me if I wasn't going to speak to him," Will said. Now that Shakur is no more, Will regretted never mending their relationship." That was a huge regret of mine," he said.