Top Gun: Maverick New Trailer - Tom Cruise Soars High in the Sky as 'One of the Finest Pilots' (Watch Video) 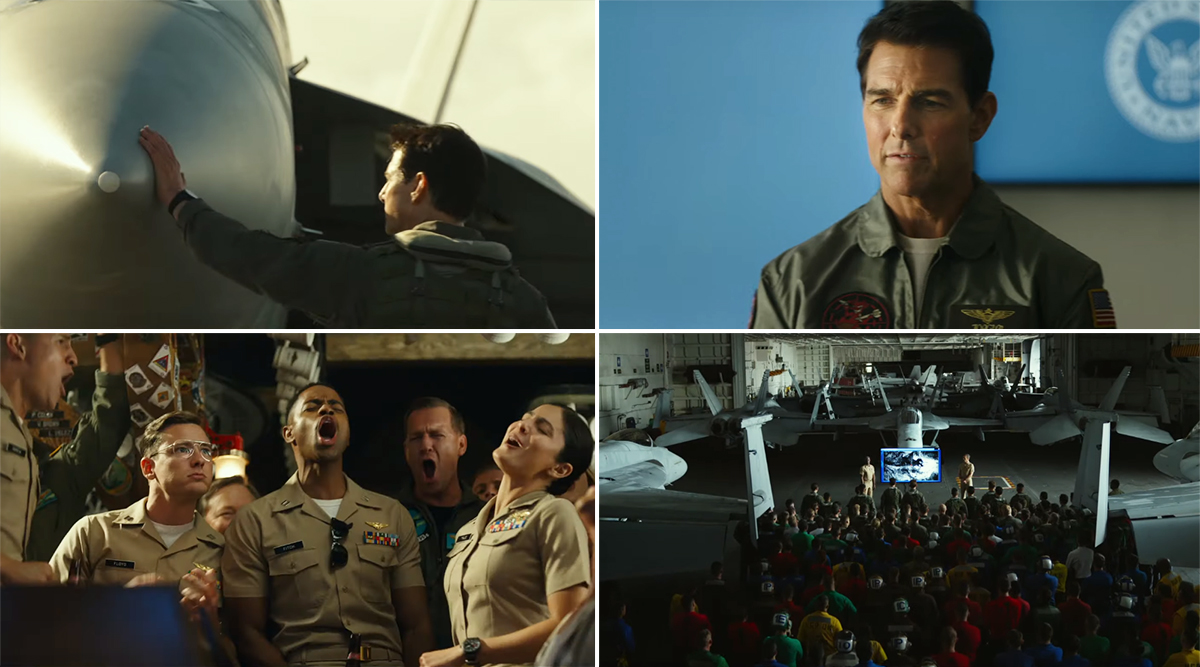 A new trailer for the upcoming action drama Top Gun: Maverick has made its way to the internet. Starring Tom Cruise the movie is a sequel to the hit 1986 classic, Top Gun. The first trailer that dropped in July 2019 showed us how Tom's character Pete “Maverick” Mitchell was not on good terms with the seniors and how he was berated for not having progressed much professionally. He still operating on the same rank as he did in the first movie, still a captain even after 33 years of service.

But there is more to the story. In the latest footage, which looks way better than the first one, we see Maverick being handed over a team of newbies to train. "Your instructor is one of the finest pilots this program has ever produced. His exploits are legendary. What he has to teach you might very well mean the difference between life and death," they are told as they're introduced to their captain. Tom Cruise’s Jacket in Top Gun 2: Maverick Trailer Sparks a Controversial Debate as Taiwanese and Japanese Flags Go Missing.

From the brief hint, it seems like Tom will bring together this unlikely band of heroes. In the way, making them look past their differences and winning their hearts.  Tried and tested formula and we hope the movie is not limited to this plot line alone. There are some impressive action set-pieces in the trailer that are sure to take your breath away.

Speaking of winning hearts, Maverick is romantically inclined to a new lady played by Jennifer Connelly. They take a bike ride together on a windy, empty road.

Joseph Kosinski has directed Top Gun 2. The movie is set to release in June 2020, and looks like the Summer blockbuster Hollywood needs every year to thrive.