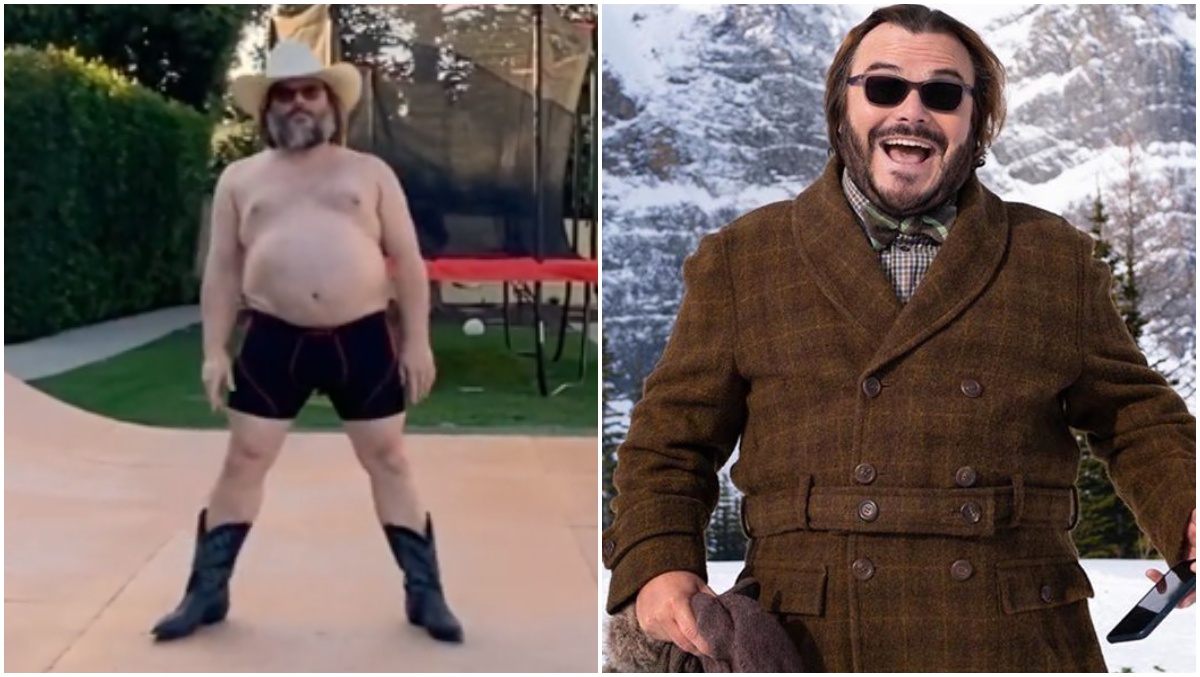 Celebs across the globe are finally realising the power of TikTok. So many of them have rushed to the app in recent times. Add another name to the list - Jack Black. The Jumanji actor has made a debut on TikTok, which is no less than fabulous. Now, this is exactly the kind of content that can help us power through while we are stuck at home during this COVID-19 pandemic. In just 24 hours of its uploading, Black's first video has garnered more than 1 million views on the app and it is going viral on other social media platforms as well. Justin Bieber and Hailey Are Making Their Quarantine Period Fun and This Sexy TikTok Video is Proof!

In his debut video, Black gives us a glimpse of what his life at home is like. And let us tell you that dancing on an in-house skateboard rink, shirtless but in cowboy boots and hat, doesn't look so bad. Kim Kardashian Keeps Her Word, Posts TikTok Video with Daughter North West From The Secret Account.

As mentioned, not just TikTok Jack's video has gone viral all over

me: OH SHIT HE BETTER NOT HAVE CORONA

Black is being helped by his son Samuel (Sammy) in creating this class apart content. For their next stint, the two decided to talk about how the reactions option will remain turned on on his videos. Sammy kept cutting the video before Jack could finish the message, which has bee capture in three hilarious TikToks.