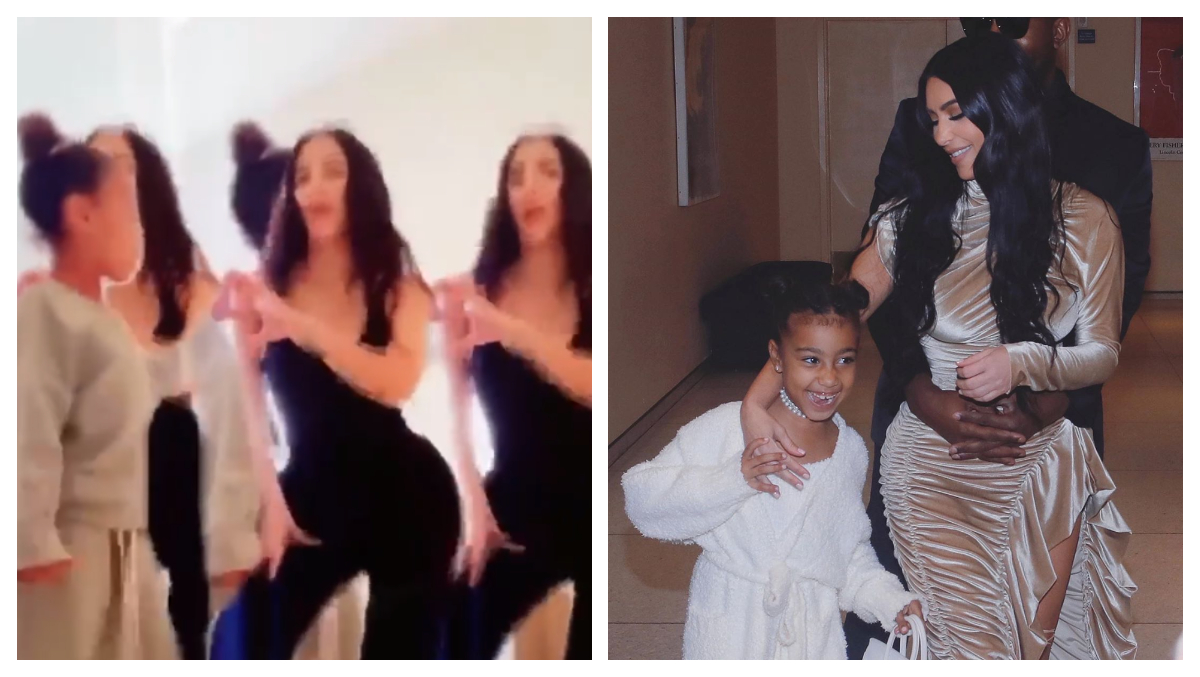 Kim Kardashian has made it a habit to timely break the internet. Imagine if she joined TikTok? She will definitely break the internet one more time. And from where we are at, Kim Kardashian on TikTok might not be a far fetched dream. The reality-show queen just posted a TikTok video. But not on her TikTok account. She shared the video on her other social media platforms. In the video, she is shaking a leg with her daughter North West, and they are a delight to watch. Seems like Kim won't be able to resist the charm of the video-sharing app for long. She casually captioned the post, "TikTok". Kim Kardashian and Kanye West Kiss Each Other at SKIMS Event (Watch Video).

Kim had recently revealed that her daughter has a secret TikTok account. "North has a private TikTok account, so we do lots of TikToks together, and she puts them in drafts," she told ETOnline. "She's not allowed to post them, but we have a lot of TikToks." Kim Kardashian Stuns in a Tiger-Print Dress, Sets the Saturday Mood for Fans With Sultry Pictures.

Kim and rapper Kanye West are also parents to 4-year-old son Saint, 8-month-old son Psalm, and 2-year-old Chicago. Recently, Kim had even talked about how she thinks Psalm is a reincarnation of her late father, Robert Kardashian, who died in 2003, after losing a battle to cancer.