Allu Sirish Birthday: 5 Movies Of The Tollywood Hunk That Are A Must Watch!

Allu Sirish is the son of the popular film producer Allu Aravind and Allu Nirmala. Nephew of Megastar Chiranjeevi, this young talented actor has been winning hearts of Tollywood movie lovers ever since he made his debut in the film industry. 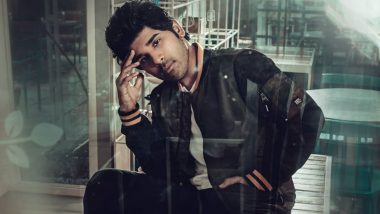 Allu Sirish is the son of the popular film producer Allu Aravind and Allu Nirmala. The handsome hunk has turned a year older today (May 30) and fans have been pouring in some lovely birthday wishes for the actor across social media platforms. Nephew of Megastar Chiranjeevi, this young talented actor has been winning hearts of Tollywood movie lovers ever since he made his debut in the film industry. Megastar Chiranjeevi, Ram Charan, Allu Arjun and Others Come Together for Makar Sankranti 2020 Celebration!

Besides Telugu Cinema, Allu Sirish has also worked in a Malayalam and a few Tamil films as well. In fact, he made his debut in acting as a child artiste. Allu Sirish has done a very few films, but those limited ones turned out to be a huge hit. On the occasion of his birthday, let’s take a look at the films of Allu Sirish that are a must watch. Sye Raa Narasimha Reddy: Allu Sirish’s Excitement Is Sky-High After Clicking a Pic with Legends Chiranjeevi and Amitabh Bachchan.

Allu Sirish made his debut as a lead actor with the film Gouravam in which Yami Gautam was paired opposite him. This social thriller directed by Radha Mohan was simultaneously shot in Tamil and Telugu languages.

Starring Allu Sirish and Regina Cassandra in the lead roles, this movie turned out to be a huge hit mainly because of its fun content, the perfect comic timing. It had opened to mix reviews, but the lead actor’s performance won audiences’ hearts and the results reflected at the box office.

Parasuram’s film Srirastu Subhamastu was a simple romantic drama, in which Allu Sirish’s performance as a young lover was lauded by movie buffs. This film featured Lavanya Tripathi as the lead actress.

Major Ravi’s directorial, 1971: Beyond Borders, was a Malayalam language film in which Allu Sirish was seen as Lieutenant Chinmay. Set in the backdrop on 1971 Indo-Pak war, his character was modelled on Second Lieutenant Arun Khetarpal. This film also marked Allu Sirish’s debut in Mollywood.

Okka Kshanam, a romantic science fiction film, dealt with a parallel life concept. The protagonist, Allu Sirish who plays the character Jeeva, fights against his own fate and time.

So these are some of the best movies of Allu Sirish that must not be missed. Here’s wishing this amazing actor tons of love and a great birthday!

(The above story first appeared on LatestLY on May 30, 2020 08:45 AM IST. For more news and updates on politics, world, sports, entertainment and lifestyle, log on to our website latestly.com).