Dhruva: Ram Charan Shares Throwback Pics From the Film as He Misses Being On The Sets 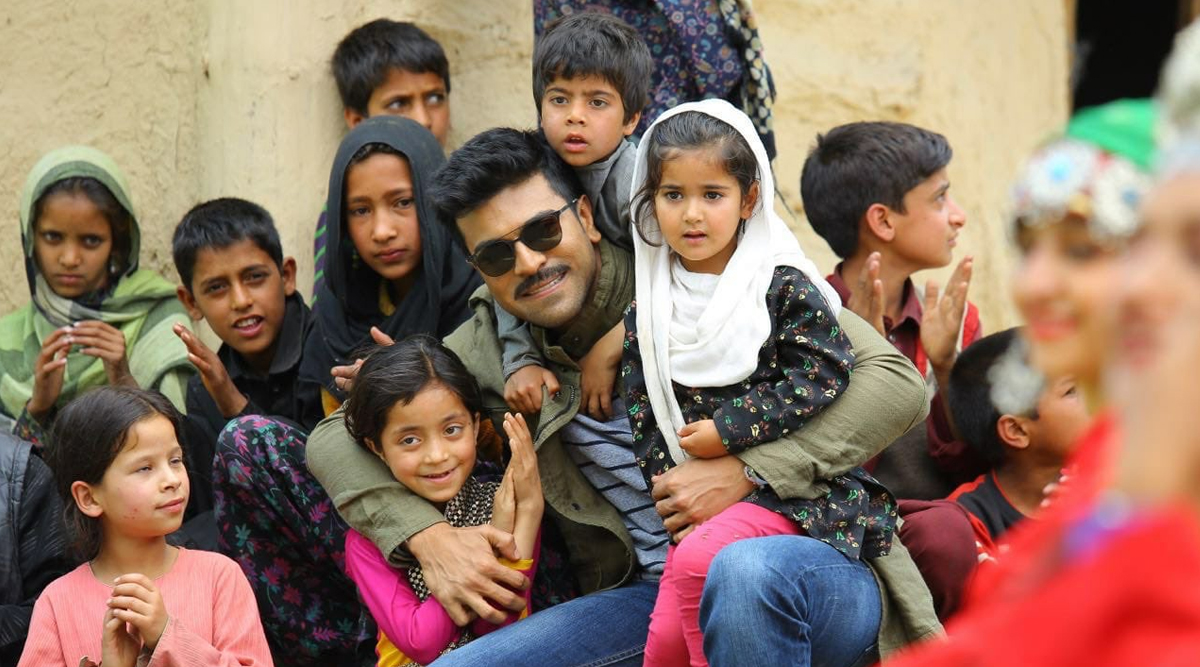 The artists from the film industry are totally missing being on the sets. After all, this is for the first time that they are strictly confined to their own homes due to lockdown. Actors who spend half of their lives on outdoors shooting for multiple projects, are totally craving for their busy lifestyle once again! One of them is Tollywood star, Ram Charan. The actor shared the images of his 2016 Telugu film, Dhruva in order to go back in the time. SS Rajamouli Challenges Jr NTR and Ram Charan for #BeTheRealMan Task and the Results Are Awesome (Watch Videos).

The actor shared four pictures from his film which fans are totally rooting for. His iconic moustache look for the film and the crisp cop uniform thathe donned stole hearts of many. He is also seen posing with a bunch of adorable kids. Ram Charan Turns Chef For The Missus, but There’s Something Else That Left Upasana Kamineni Impressed! (Watch Video).

In his Twitter caption, he wrote, "Throwback to #Dhruva shoot. Can't wait to be back on sets. Till then, stay home and stay safe." Take a look at these beautiful moments from the sets of Dhruva.

Throwback to #Dhruva shoot. Can't wait to be back on sets. Till then, stay home and stay safe. pic.twitter.com/ZlaHcad8jn

The action thriller is directed by Surender Reddy. Aravind Swamy, Rakul Preet Singh, and Navdeep are also seen in the lead roles. Speaking of the future projects, Ram Charan will be seen in one of the most awaited films, RRR. He will work with baahubali director SS Rajamouli for the first time in this multi-starrer film. He will also share the movie  with Junior NTR, Ajay Devgn and Alia Bhatt in this film.