The Kerala HC has dismissed the petition to transfer the trial of abduction and assault of a Malayam actress to another judge. Dileep is named as one of the accused in the case. 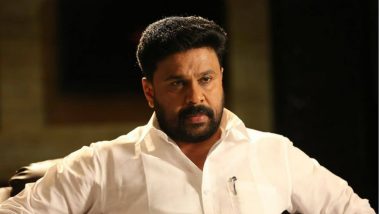 The assault and abduction case of a Malayalam actress, which named actor Dileep as one of the accused, was being heard at the Kerala High Court today. The latter has rejected the plea seeking the transfer of the judge from one to another. Bar And Bench claim that a bench of Justice VG Arun dismissed the plea filed by the victim and the prosecution that alleged bias as the reason behind the petition. The trial is ongoing before an Additional Sessions Judge, Ernakulam. Dileep’s Daughter Meenakshi Files a Police Complaint Against Facebook Pages For Spreading False Information

The legal website quotes Justice Arun reading from the operative part of the order, "It goes without saying that unless the Court and the prosecutor work in sync it will result in either the guilty escaping from the clutches of law or the innocent being punished. I am confident in the endeavour to reach the truth and render justice, the Special Public Prosecutor and the defence lawyers will work in tandem as is expected of them. For the reasons mentioned above, I find no sustainable ground to allow the prayer for transfer. Consequently, the transfer petitions are dismissed."

Dileep and a few others have been accused of making a plot to take revenge on the actress by abducting, assaulting and photographing the act. Six people have been arrested. It is alleged that the victim is the reason behind Dileep's separation from his wife, as per Bar and Bench.

(The above story first appeared on LatestLY on Nov 20, 2020 03:27 PM IST. For more news and updates on politics, world, sports, entertainment and lifestyle, log on to our website latestly.com).