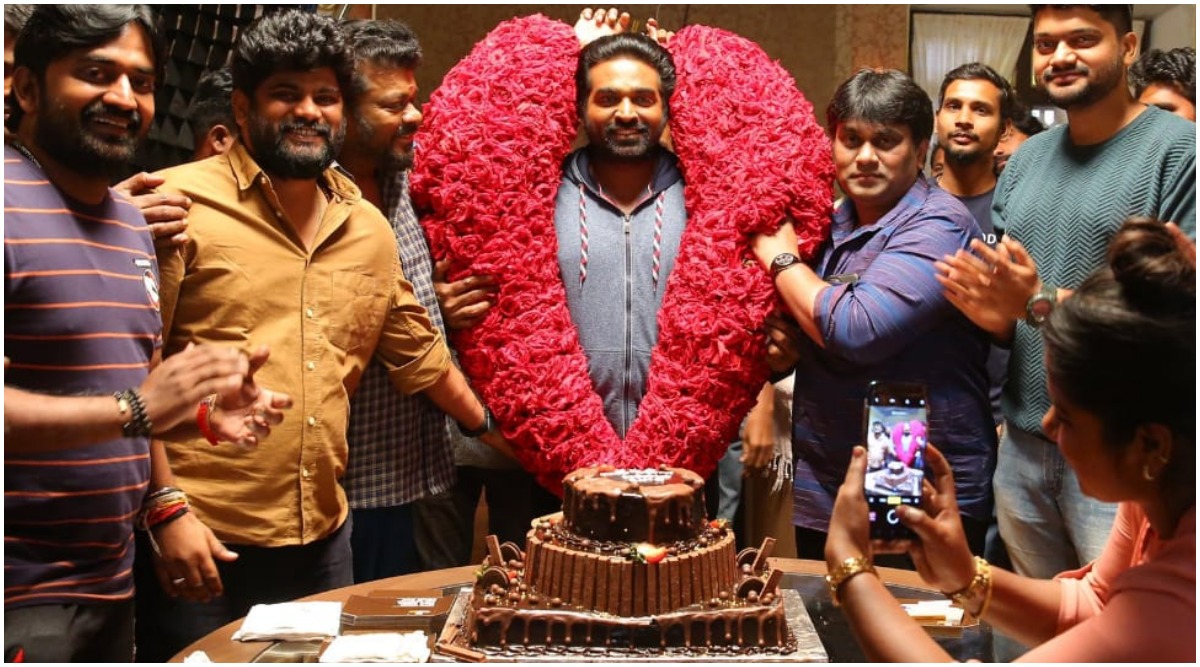 One of the most talented, the most sought actors of South Indian Cinema – Vijay Sethupathi – has turned a year older today. It is his 42nd birthday and his fans across the country are pouring tons of love and wishes for him on social media platforms. Vijay who is predominantly known for his works in Kollywood, celebrated his birthday with the team of Tughlaq Durbar. Pics of him celebrating his birthday with the team of his upcoming project have hit the internet. Vijay Sethupathi To Debut In Bollywood With Aamir Khan's Laal Singh Chaddha.

In the pictures that are doing rounds, we can see how the team honoured him with a huge garland of roses and there was a three-tier cake that had ‘Happy Birthday Makkal Selvan VJS’ written on it. Tughlaq Durbar is helmed by Delhi Prasad Deenadayalan and is produced by Seven Screen Studio in collaboration with Viacom 18 Studios. In August 2019 it was confirmed that Aditi Rao Hydari is being starred opposite Vijay in this film. And now take a look at the pics of Vijay’s birthday celebration with team Tughlaq Durbar. Thalapathy 64 Update: Here’s When Vijay Sethupathi Will Start Shooting for Lokesh Kanagaraj Directorial.

Tughlaq Durbar also features R Parthiban in a key role. The music of the upcoming flick will be composed by Govind Vasantha, whereas the film’s dialogues would be penned down by Balaji Tharaneetharan. Vijay would also be making his debut in Hindi cinema this year with Laal Singh Chaddha, a remake of the Hollywood classic, Forrest Gump. This film features Aamir Khan in the lead role and we just cannot wait to see the two superstars sharing screen space. Here’s wishing Vijay Sethupathi a very happy birthday once again!