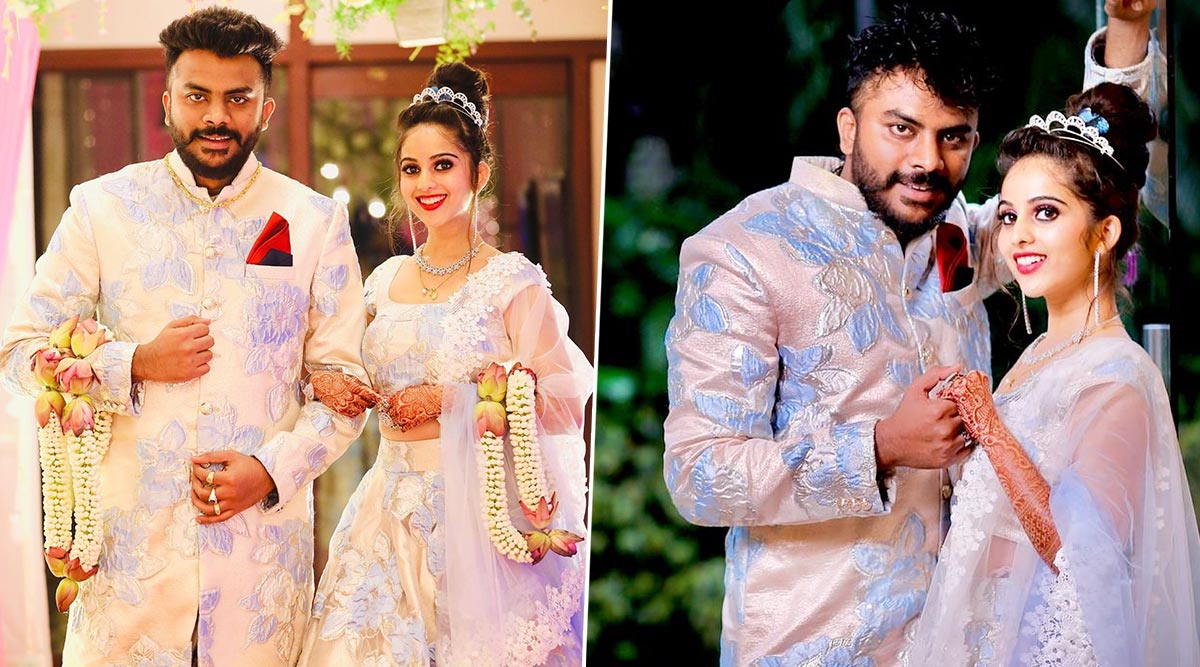 Niveditha Gowda and Chandan Shetty met each other on the controversial reality TV show, Bigg Boss Kannada Season 5. For the unversed, Chandan had emerged as the winner of that season. Chandan, who is a music composer in Sandalwood industry, proposed Niveditha at Mysore youth Dasara event, which had turned into a controversy, reports IBT. The music composer was criticised for using the government-funded platform for personal reasons for which he later apologised. Well, the duo is all set to tie the knot on February 26 in Mysuru. Kollywood Actor Yogi Babu Ties the Knot with Manju Bhargavi!

Chandan Shetty and Niveditha Gowda got engaged in October 2019. The couple had shared a series of pictures from their engagement ceremony on social media platforms. Talking about their wedding ceremony, it is all set to take place at a convention hall and more than 5000 guests are expected to attend it. Many leading celebs of Kannada film industry would also be seen in attendance.

Ahead of the big day, a grand reception was held on February 25 and pictures from the occasion are all over the internet. The pics have been shared by the fan clubs on Twitter. Niveditha Gowda is seen in a heavily embellished maroon coloured gown with a matching veil on her head. Her fiancé Chandan Shetty twinned with his bride-to-be in a tuxedo. Take a look at the pictures from the reception below. Bigg Boss Tamil Fame Mahat Raghavendra Ties the Knot With Longtime Girlfriend Prachi Mishra in a Traditional Ceremony.

Pic From Their Engagement Ceremony

Officially Engaged to my king @chandanshettyofficial 🤴❤️ Look by @commonsensefashions 🥰

In an interview to TOI, Niveditha stated that her bridal ensembles have been selected by her mother, Hema. She said, “I was with my mother while selecting dhaare saree and for the reception dress, I and Chandan met a designer, apart from that all sarees and jewelry designs are selected by my mother.” Here’s wishing the lovely couple, Chandan Shetty and Niveditha Gowda, a beautiful married life!