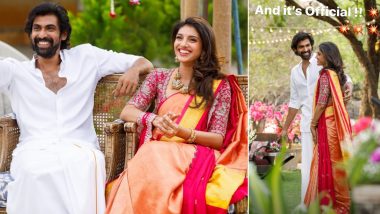 Actor Rana Daggubati pleasantly surprised one and all when he announced that his girlfriend Miheeka Bajaj (whom he had very nicely hidden from the spotlight) has said 'Yes' to him. He had popped the question to Miheeka on May 12, 2020, and had made his relationship official. Only yesterday, there was news of how Rana and Miheeka were all set to get engaged in an intimate 'family only' affair at the Ramanaidu Studios in Hyderabad on May 20, 2020. Rana Daggubati and Miheeka Bajaj To Get Engaged Today at Hyderabad's Ramanaidu Studios? (Read Details).

However, Rana's father Suresh Babu had denied the news yesterday and clarified that the families were meeting and there was no engagement ceremony. However, the families did meet and Rana and Miheeka's alliance has officially been fixed. Rana Daggubati's Father Reveals Details About Meeting Miheeka Bajaj's Family, Says 'It Wasn't An Engagement Ceremony'.

Miheeka looked pretty in a colourful Kanjeevaram saree which she paired with an embellished blouse and left her tresses open. Rana, on the other hand, opted for the traditional white shirt-dhoti attire. Together, the pair looked relaxed and happy. He also posted a candid picture from their meeting yesterday. It's OFFICIAL! Baahubali Actor Rana Daggubati Pops the Question to Girlfriend Miheeka Bajaj and She Says 'YES'. 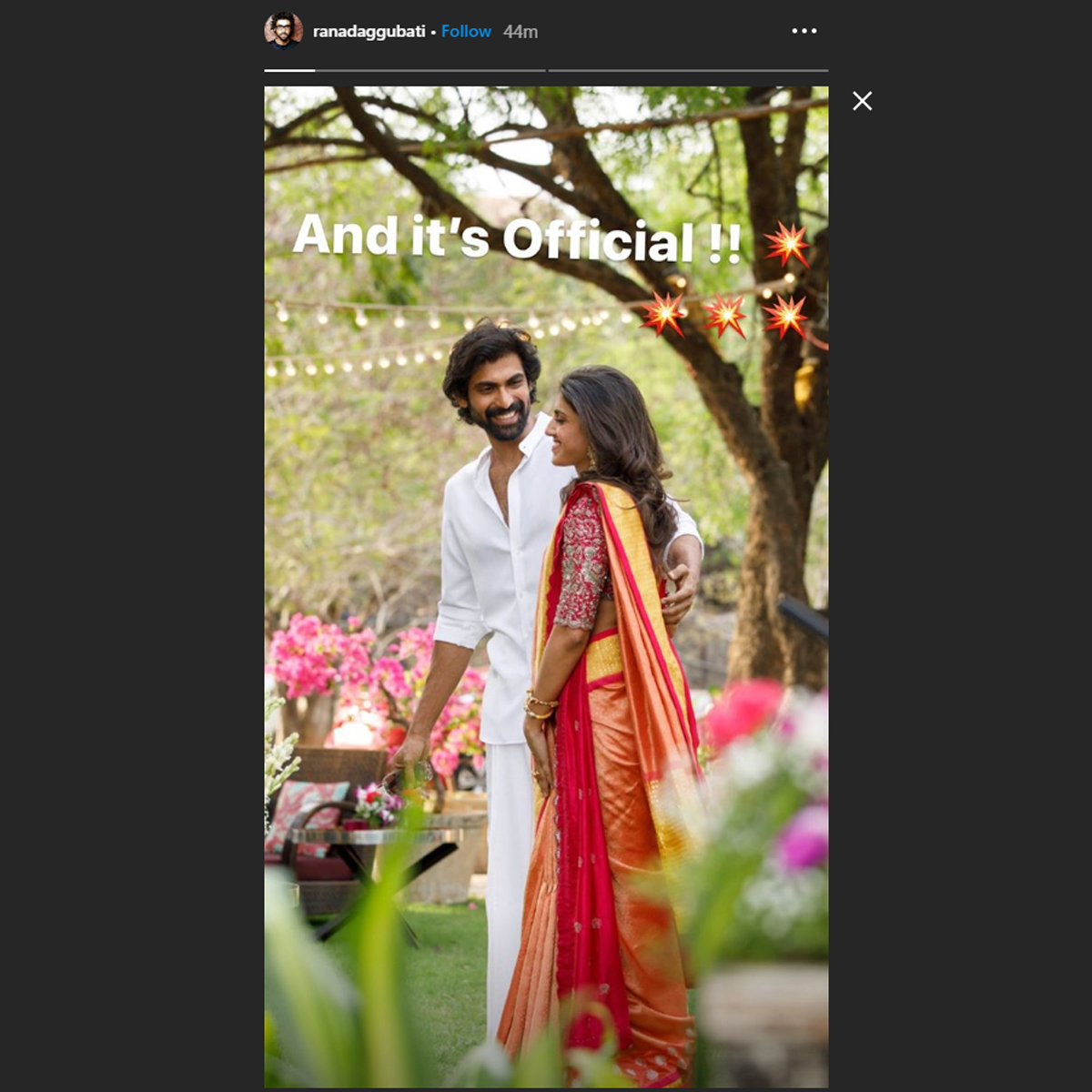 The couple had their nischitartham ceremony, where their families met up to officially fix the alliance. In fact, he told Hyderabad Times, "We just met Miheeka’s parents over tea and that is all that happened. No, Rana hasn’t gotten engaged yet. It’s a ritual among the Telugus to meet the bride’s parents before fixing the engagement and wedding dates. We are happy to take these alliance talks forward." Well, here's congratulating Rana and Miheeka on their upcoming nuptials.

(The above story first appeared on LatestLY on May 21, 2020 12:33 PM IST. For more news and updates on politics, world, sports, entertainment and lifestyle, log on to our website latestly.com).