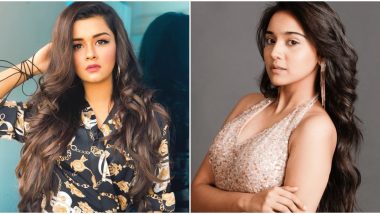 Alladin Naam Toh Suna Hi Hoga was among the many TV shows that resumed the shooting after a long gap of over three months. The association working towards the betterment of the actors working in the industry demanded COVID-19 insurance along with safety guidelines from the producers' association to resume the working but guess, few actors were still sceptical to step out and face the cameras. Alladin Naam Toh Suna Hi Hoga actress Avneet Kaur was one among them.

Kaur has decided to quit the show following her health concerns and Ashi Singh has been roped in as her replacement. Singh who was last seen in Yeh Un Dinon Ki Baat Hai is excited to play Yasmine. Speaking about her new venture, Ashi in her interaction with Times of India said, "As an artist, I strive to play different roles, and Yasmine is unlike Naina. I had never imagined that I would be part of a fantasy show. So, when ‘Aladdin’ was offered to me, I didn’t think of anything else. Also, I will be performing action for the first time on screen. I will work hard to play the part convincingly and the challenge involved in it is another reason that prompted me to take it up.” Alladin: Naam Toh Suna Hi Hoga Lead Actor Siddharth Nigam Is Confident to Shoot Amid COVID-19 Pandemic.

While Avneet always loved playing her character in Aladdin, she has no qualms about quitting the show as she feels prioritising one's health is important in these recent times. “I decided to leave the show because of the coronavirus crisis. I suffered from dengue last year but resumed work despite my immunity not being strong. There was the stress of preparing for my board exams, too, at that time. It made me really weak. So, I am scared of resuming shoots at the moment. My parents and I decided that it’s better for me to quit. I am sad, but health comes first," she said in her interaction with the same daily.

When asked about replacing Avneet in the show, Ashi said she never wanted to replace anyone as she fears the audiences may or may not connect with the new actor. “I never wanted to replace anyone, as it’s difficult to surpass the benchmark set by the original actor. However, what has worked in my favour is the three-month break; now, the audience will have to reconnect with all the shows and it will be easier for them to accept a new face," she said.

(The above story first appeared on LatestLY on Jul 01, 2020 10:10 AM IST. For more news and updates on politics, world, sports, entertainment and lifestyle, log on to our website latestly.com).