After IFTPC denied certain demands by FWICE and CINTAA, the bodies decided to halt the shootings of TV serials which were supposed to resume operations today. 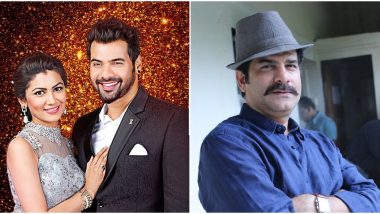 For the ones who were patiently waiting for their beloved TV characters to return on the small screen with new episodes, here comes a major setback. Just while TV serials were allowed to resume their shootings and they were technically asked to report to the sets today (June 23), CINTAA ( Cine And TV Artistes' Association) and FWICE (Federation of Western India Cine Employees) decided to call off their shoots a day before. Reason? Because their insurance demand wasn't fulfilled by IFTPC (Indian Film & TV Producers' Council). FWICE Reveals Dabangg Director Abhinav Kashyap Didn't File A Complaint Against Salman Khan With Them.

FWICE and CINTAA had earlier demanded eight-hour working shifts and an insurance cover of Rs 50 lakh for workers. However, these demands weren't fulfilled by IFTPC and hence they decided to not resume their work. "Some of our demands, including the settlement of dues and timely payment, have not been met by the IFTPC. They announced Rs 10 lakh insurance cover instead of Rs 50 lakh. So, the FWICE and CINTAA jointly decided that technicians and artistes will not report to work," said BN Tiwari, president, FWICE in his conversation with Mid-Day.

Amit Behl, joint secretary and chairperson, outreach committee, CINTAA is also against the idea of shooting without insurance and reveals they weren't even consulted before declaring the dates for resuming the shootings. "After we discussed our concerns with the IFTPC and broadcasters in a meeting last week, we were waiting to hear from them. The broadcasters had asked for discounts citing lack of advertising revenue, but the budget cuts were not discussed at length. There was no clarity on the COVID cover. [Amid all this] the IFTPC and the broadcasters took the call of resuming work." he said to the same tabloid. Akshay Kumar Continues with his Generosity, Donates Rs 45 Lakh to CINTAA - Read Details.

Meanwhile, JD Majethia, president, TV wing, IFTPC has assured the work will resume just not on the date that was previously declared. "We will decide the insurance cover [soon] and the shoots will begin after that. Working in eight-hour shifts is not possible. The business is built on working 12 hours a day. The producers will take care of every aspect — from monitoring temperature to having medical aid," he assured.

The bodies will have another meeting in the coming days to discuss their issues and find a mid-way probably. Kumkum Bhagya, Kundali Bhagya, Guddan Tumse Na Ho Payega and Sa Re Ga Ma L'il Champs were among the TV serials that were supposedly resuming their shootings today.

(The above story first appeared on LatestLY on Jun 23, 2020 08:55 AM IST. For more news and updates on politics, world, sports, entertainment and lifestyle, log on to our website latestly.com).