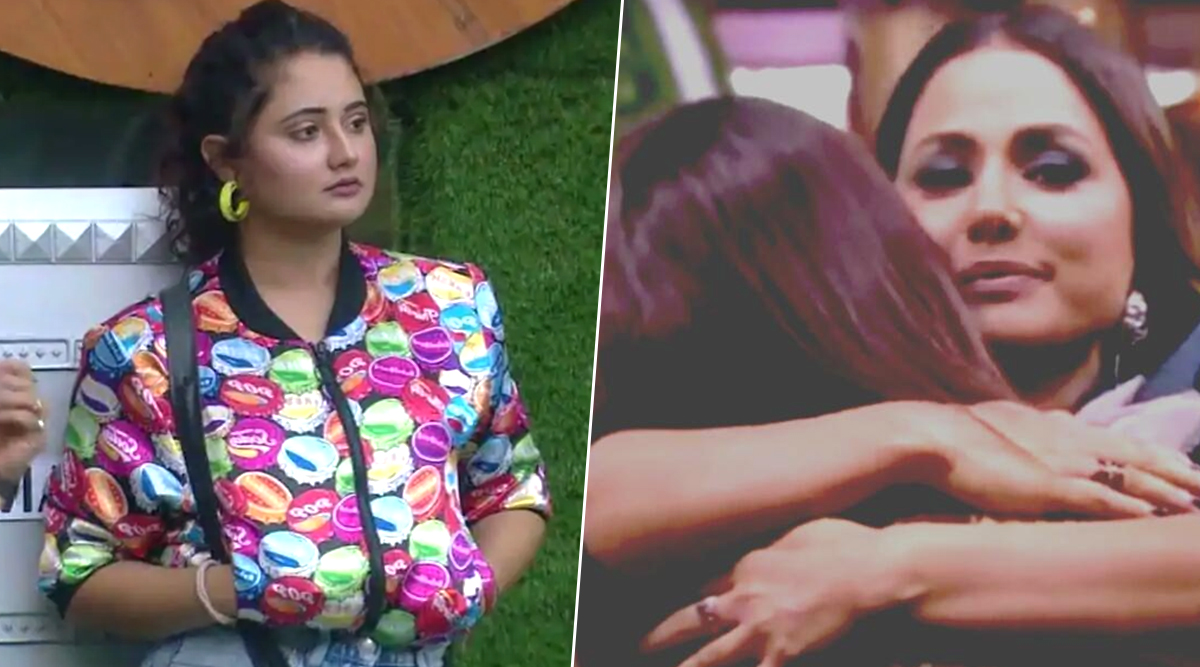 The gone by Weekend Ka Vaar episode of Bigg Boss 13 was a fun binge. As we had reported earlier, Hindustani Bhau was the unlucky one who churned the least number of votes and so got evicted from Salman Khan's reality show. Having said that, one thing from the Sunday's Bigg Boss epiosde which we think needs a mention is Hina Khan's advice for her dost Rashami Desai. For the unversed, Hina and Priyank Sharma graced the Weekend Ka Vaar BB episode to promote their recently released song, Raanjhana and amidst the same Hina's sweet gesture for Rashami was just wow. Bigg Boss 13 Weekend Ka Vaar Preview: Kamya Punjabi Advices Rashami Desai To Not Get Fooled In Love Once Again and Salman Khan Calls Arhaan 'Bewakoof' (Watch Video).

Elaborating on the same, it so happened that Hina on entering the Bigg Boss ghar first went to Rashami and tightly hugged her. The Komolika of Indian TV during the hugging session was also seen saying to Desai that she totally understands the pain she is going through. But the highlight came in later when Hina further gave quite useful advice to Rashami by whispering in her ear that 'she should not repeat the same mistake in life once again.' Well, we think Hina hinted towards Arhaan here, but we are not sure about it. Bigg Boss 13: Rashami Desai's Brother Gaurav Slams Arhaan Khan, Says ‘My Sister Was Never On Road'.

Well, we laud Hina for not just being a celebrity guest on the show but also being a true buddy to Rashami. During the same episode, in the 'Friend-Kahtra-Zero' task, we saw Arti Singh tagging Arhaan zero owing to his ill comment on Rashami's personal life. That's not it, as Arti also told Rashami that she not advicing her anything with regards to Arhaan in the house as she does not want to turn her relationship with Desai sour. Coming back to Hina, 'tussi great ho'. Stay tuned!