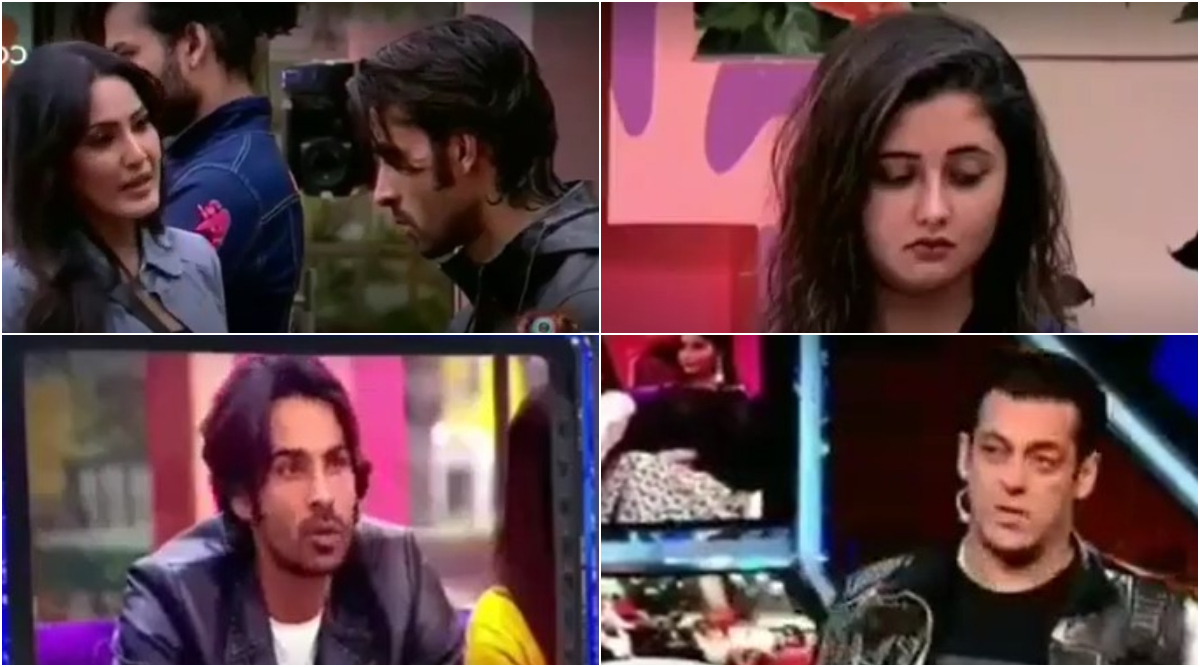 Friday's (13 Dec) episode of Bigg Boss 13 saw too many things inside the house. Right from the blue-eyed lad, Sidharth Shukla sent to the hospital for medical treatment, Vishal Aditya Singh and Shefali Bagga going behind the bars to a new romance brewing in the ghar, courtesy Mahira Sharma and Paras Chhabra, the gone by episode of BB 13 was quite an entertaining one. Well, after Friday, we wait for the Weekend Ka Vaar with Salman Khan and going by the precap of the same, looks like it's going to be all about Rashami Desai and Arhaan Khan once again. Bigg Boss 13: Rashami Desai's Brother Gaurav Slams Arhaan Khan, Says ‘My Sister Was Never On Road'

As per shown in the preview, we see three guests; Kamya Punjabi, Hiten Tejwani and Rashami's younger brother Gaurav Desai inside the house. They will be on the show with an aim to give a reality check to the housemates. First, we get to see Hiten tagging Vishal Singh as confused, then we see Gaurav slamming Arhaan's 'Road Par Thi Rashami' comment, and last but not the least, Kamya Punjabi is also seen lashing out at Araan and telling him that 'iss show ke hisab se his bank balance seems to be zero'. Not just this, the Shakti actress also advices Rashami to not repeat the same mistake in her love life again. If all this drama was not enough, host Salman Khan will also be seen blasting at Arhaan. The reason this time is the man's 'homeless' and 'bankrupt' comment about Desai on national TV. Later on, Sallu will also be seen schooling Bhau over his sleeping habit in the house. Bigg Boss 13: Is Hindustani Bhau Evicted From Salman Khan's Controversial Reality Show?

After watching all of the above, we cannot wait for the Saturday episode to air and the drama to unleash. Meanwhile, in other news, if we go by a few reports online, then among the four nominated contestants, (Sidharth Shukla, Hindustani Bhau, Shehnaaz Gill, Madhurima Tuli) it is Bhau who is said to say goodbye to the show and will be evicted. Stay tuned to LatestLY for all the deets from Bigg Boss 13!