Sushmita Sen’s brother and actor Rajeev Sen is the latest name that has been approached for the next season of Salman Khan's controversial reality show Bigg Boss 14. 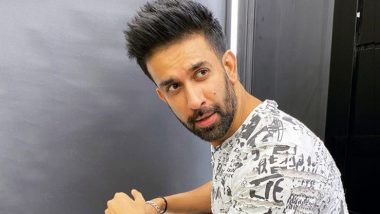 Sushmita Sen’s brother and actor Rajeev Sen is the latest name that has been approached for the next season of Salman Khan's controversial reality show Bigg Boss 14. Names like Akanksha Puri, Shubhangi Atre, Muskaan Kataria, Surbhi Jyoti among others have reportedly been approached for the controversial reality show which is hosted by Salman Khan. And given the hullabaloo surrounding his troubled marriage with actress Charu Asopa, the makers apparently saw Rajeev as a worthy candidate. Charu Asopa and Rajeev Sen Video Call Each Other Amid Split Rumours, Are They Back Together?.

A report in ETimes TV quoted a source as saying, "Rajeev Sen has been approached for the show and he wishes to appear alone. Nothing is finalised and we are discussing the fees. Everything is in the initial stage right now." Bigg Boss 14: Salman Khan Hikes Fee For BB Once Again? Here's How Much He Is Reportedly Charging (View Post).

incidentally, last year, when he had married Asopa, the makers had approached both of them. However, they had to turn it down as the dates clashed with Asopa's brother's wedding. "He was approached last year as well. His wife Charu also wanted to appear. But her brother was getting married at the time of the show. And Rajeev was apprehensive to appear alone, hence things didn’t work out," the source revealed to the portal. Rajeev Sen Says Charu Asopa Is Being Brainwashed And He Will Expose The Culprit Once He Finds Them.

However, looks like solo or not, Rajeev is not doing the show, or so, he says. "I was approached last year and these are all rumours." Rajeev has off lately been in the news for first, flying off to Delhi alone and he recently deleted all of his pictures with his wife. And in a recent interaction with the media, he claimed that his wife was being brainwashed by a close friend, claims that Charu vehemently denied.

(The above story first appeared on LatestLY on Jul 15, 2020 10:19 AM IST. For more news and updates on politics, world, sports, entertainment and lifestyle, log on to our website latestly.com).