Naagin 5: Surbhi Chandna's Promo To Be Out Soon? 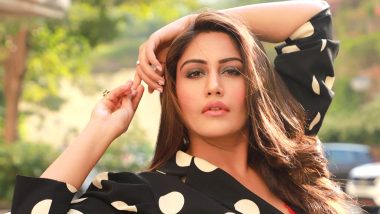 Ekta Kapoor's super natural daily soap, Naagin 5 is all set to hit the TV soon. After four successful parts, the makers are now upped the game by roping in actress Hina Khan as the shape shifting serpent. The story will take the fans back to where it all began, with Hina's character at the helm of all the revenge. Her incarnated version is reportedly played by Surbhi Chandna. Now, if reports are to be believed, her promo will be out by weekend. Naagin 5: Devoleena Bhattacharjee to Join Hina Khan in Ekta Kapoor’s Supernatural Show? Here’s the Truth.

According to pinkvilla.com, Surbhi has started shooting for the episode with the rest of the cast. She will be shooting the episodes with Sharad Malhotra and Mohit Sehgal. Their episode is reportedly getting aired earlier than Hina Khan's. Hina Khan, Mohit Malhotra, Dheeraj Dhoopar are all set to take over the new season.

Meanwhile, Hina Khan set the temperature on the internet soaring with her alluring look as Naagin. She was seen in a gold themed ethnic attire with heavy accessories, as the og revenge-hungry Naagin! Fans are totally eager to see her in this bold and beautiful role once again, after Kasautii Zindagii Kay's Komolika.

(The above story first appeared on LatestLY on Aug 09, 2020 06:53 PM IST. For more news and updates on politics, world, sports, entertainment and lifestyle, log on to our website latestly.com).